The selling pressure continues for the third straight session on Thursday, as the Indian market closed in the red with Sensex down over 300 points, while Nifty below 18200-level. 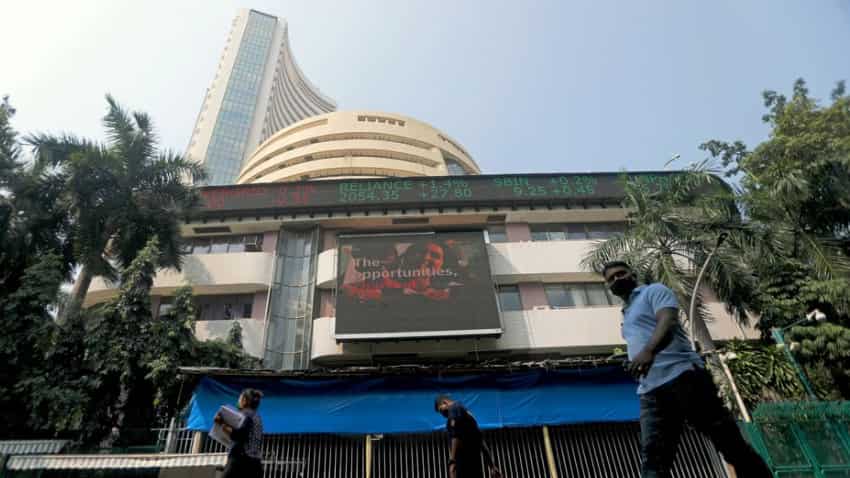 The selling pressure continues for the third straight session on Thursday, as the Indian market closed in the red with Sensex down over 300 points, while Nifty below 18200-level. The major weakness came from the information and technology sector, followed by metal and FMCG stocks today at close.

In otherwise negative sentiment, the banking index — Nifty Bank hit a new record high to breach 40150-level for the first time, the surge mainly came from Kotak Mahindra Bank, which closed as top gainer up around 7 per cent at the market close.

Besides Kotak Bank, Tata Motors gained second-most at the market close up over 4.5 per cent, followed by Grasim gained 3.5 per cent. While stocks such as HDFC, BPCL, Divis Lab, ICICI Bank, Coal India, Eicher Motor surged between 1-2 per cent in an otherwise negative market at the close today.

Sectorally, the indices were equally divided into green and red. Nifty IT, Metal, FMCG, and Pharma slipped during today’s trade, the first two sectors slumped most by over 2.5 and 1.5 per cent at the close. On the other hand, Nifty Bank closed positive along with Auto and Financial Services.

Markets Update: Sensex, Nifty in green; IT, auto, and financial stocks lead the surge most

Dalal Street Corner: Are markets entering in corrective mode? What should investors do on Thursday

Heads up! Top 10 factors that will drive market direction in Diwali week