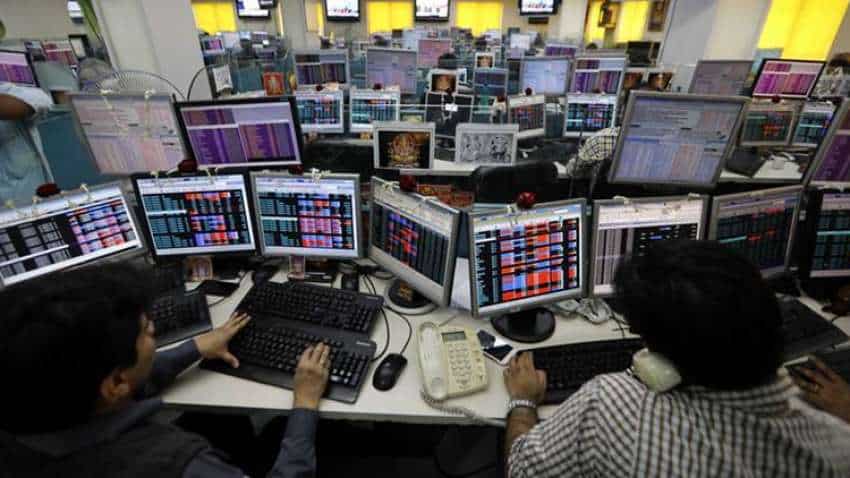 Except for Sobha almost all the company stocks have hit a new 52-week high on Thursday: PTI
Written By: Vaibhav Gautam Bansode
Edited By: Shivendra Kumar
RELATED NEWS

Realty Index hit a new 10-year high, as construction companies’ shares soar up to 15 per cent

The BSE Realty Index has zoomed over 25 per cent in the last four days on the back of multiple triggers. The index jumped over 8 per cent for the second straight day. Godrej Properties is the biggest gainer over the last four trading sessions rising nearly 42 per cent, followed by DLF, which is up by over 27 per cent.

Oberoi Realty is up nearly 24 per cent while Sobha is up almost 19 per cent. Sunteck has surged over 15 per cent in the last four sessions.

Except for Sobha, almost all the company stocks have hit a new 52-week high on Thursday.

Oberoi Realty gained 13 per cent on Thursday and was the biggest gainer on an intraday basis, followed by Godrej Properties which was up over 12 per cent.  Meanwhile, DLF and Sobha gained over 8 per cent, each.

Similarly, IB Real Estate, Sunteck, and Prestige each gained by over 5 per cent. Brigade, Pheonix, and Mahindra Life Space gained between 4 and 2 per cent at the market close today.

The market analyst and Tradeswift Director Sandeep Jain explains the triggers on which the realty stocks are banking on. He mentions, the big house demand, lenders slashing home loan rates, and moreover, the real estate is already at lows for many years.

Jain says, realty has become an investment option for many as Gold has become expensive, fixed deposit rates are low, while on the other hand, the demand for houses as well as the stamp duty cut has a huge impact on the realty sector. A need-based investment has come into play, the analyst adds.

While another market analyst Simi Bhaumik mentions, realty stocks such as Sobha, Oberoi, Godrej Properties were fundamentally strong. These stocks from a longer-term perspective look good, she suggested recommending a buy on dips.

Realty Index hit a new 10-year high, as construction companies’ shares soar up to 15 per cent