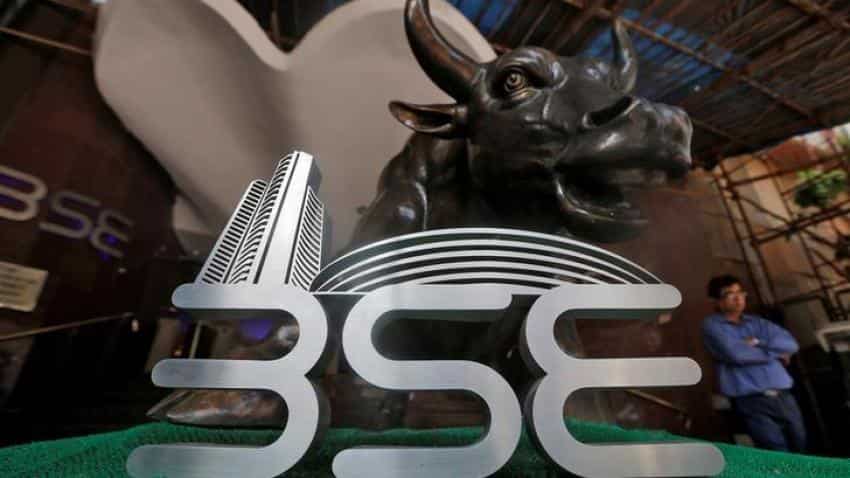 Ending the wining streak, most of the metal and mining stocks were trading in the negative territory. Image source: Reuters

Indices extended gains in the evening trade, with the Sensex trading above the psychological 34,000 mark on the last trading day of 2017. The S&P BSE Sensex and benchmark Nifty gained over 28% and 29%, respectively, this year.

Ending the wining streak, most of the metal and mining stocks were trading in the negative territory in afternoon trade, dragging the Nifty Metal index down.

The Nifty Metal index was trading 0.50% down at at close.

IT index gained over 1% after remaining subdued for the last one month, with KPIT and Tata Elxsi gaining 4% and 3%, respectively, in the evening trade.

Lupin, Divis Lab, Eicher Motors, Power Grid and Larsen & Toubro were the top gainers in the benchmark Nifty during the morning trade.

Reliance Communications (RCom) today rose as much as 23%, after Mukesh Ambani's Reliance Jio announced yesterday that it will acquire RCom's wireless infrastructure assets, including towers and spectrum, at an estimated price of Rs 20,000-24,000 crore.The stock, however, 17.48% up on the NSE.

Benchmark indices slipped into the negative territory after opening slightly higher yesterday even as real estate and metal stocks closed over 3% and 2%, respectively.