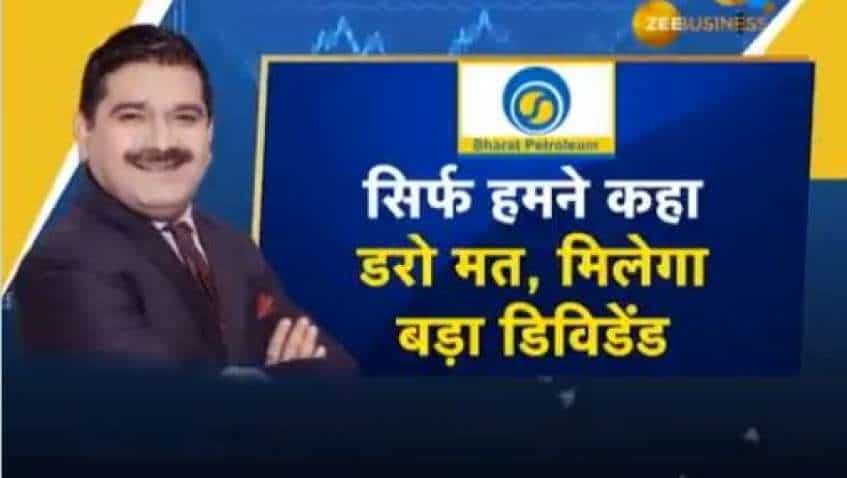 Zee Business analysis led by Managing Editor and Market Guru Anil Singh hit a bull's eye when Q4 results of Bharat Petroleum Corporation Limited (BPCL) were announced for the quarter ended March on Wednesday. BPCL posted a strong Q4FY21 results on May 26 which saw income going up by 15 per cent and the profits increasing to three-fold.
Zee Business Managing Editor Anil Singhvi had clearly said that there is very good chance of the company announcing dividend before disinvestment.

"Investors will ultimately get dividend. They should not sell their shares until they get divided. In case the stock price goes down, they should accumulate more shares. Investors are assured of Rs 55 to Rs 60 dividend. It should come anytime now. Those who will buy BPCL will make money as dividend is due around the corner," said the Market Guru in one of the previous episodes.

Later in another episode, reiterating his buy call for BPCL, he said the kind of money government companies made for their investors this year and will still generate good returns that is incomparable.

BPCL had on Wednesday announced a dividend payout of Rs 58 per equity share. Talking about the strong dividend payout in one of the episodes, Anil Singhvi had said that the BPCL may announce higher amount than that estimated dividend of Rs 55 to 60 in April end or in May. " Investors of BPCL will get an opportunity to make money in this counter as it is a good stock and a very strong disinvestment is due," said the Market Guru.

Hitting a bull's eye, he had also gone on to say that BPCL should give a dividend of Rs 55 to Rs 60 in May. This dividend is certain to come.

Once the dividend was announced, Zee Business Managing Editor again reposed faith in the privatisation-bound PSU and said though the dividend as predicted by Zee Business has been announced, but the customers should not sell BPCL shares before Rs 700 to Rs 800 as it is a 2-carat gold.