In a review meeting with the Board Members and General Managers of Zonal Railways and Divisional Railway Managers of Divisions, Minister of Railways Piyush Goyal informed that the Indian Railways has done 5900 Kms Electrification this year so far. 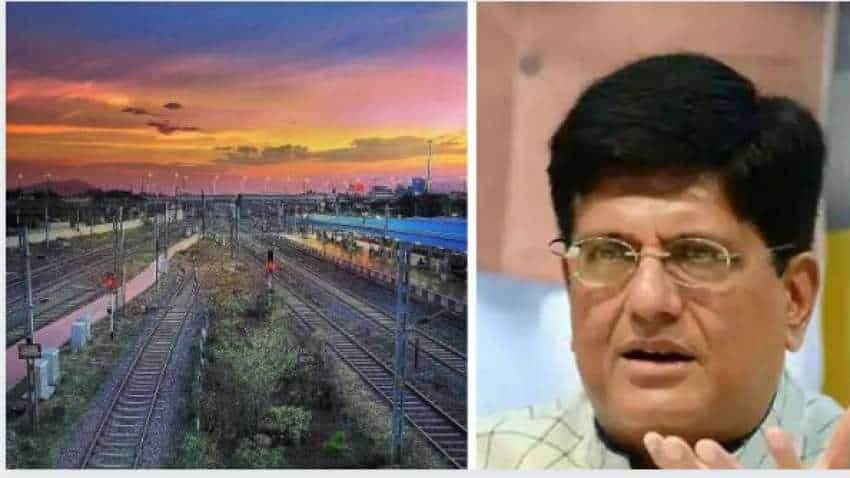 In future, success of Indian Railways would define the success of the Nation, said Piyush Goyal in the review meeting.

“The year was the most challenging year for Railways. One year of lock down. Covid 19 has demonstrated the resolve of Railways to fight back and emerge stronger. Mindset of Railways has transformed. It’s no longer business as usual for Railways. Use of new technologies and innovation has created new standards and benchmarks," said Goyal, who also holds Commerce & Industry and Consumer Affairs, Food & Public Distribution portfolios.

Goyal said that It was time to rewrite the destiny and future of Railways which is self-sustaining, punctual, passenger friendly safe, green and first choice of businesses.

He said 1223 MT Highest Freight Loading is a message of positivity to the Nation.

Goyal complimented the Railway officers & staff for making extra Ordinary efforts during the pandemic to increase loading. He also stressed on safety measures to be adopted and directed Railway officials to take pro-active steps towards the same.

The Indian Railways has been claiming to continue maintain the high momentum in Freight figures in terms of loading, earning and speed in the month of March 2021. It is expected to surpass the total cumulative freight figures of last year. Freight Revenue for the Year 2020-21 is Rs. 114652.47 (in Cr) as compared to Rs. 112358.83 (last year). It is a growth of +2%.