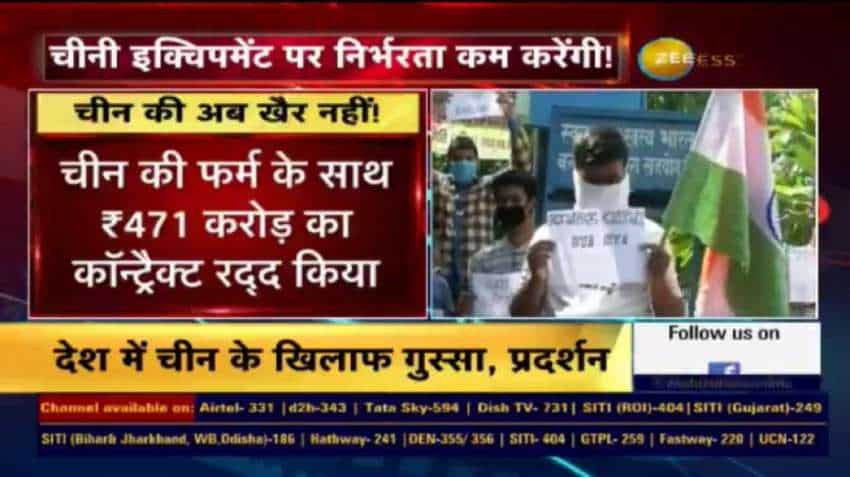 In an exclusive Zee Business report by Sameer Dixit it has highlighted that Rs 471 crore freight corridor project from Kanpur to Deen Dayal Upadhyay station has been cancelled by the DFCCI. While cancelling the project, DFCCI said that the project was awarded four years ago and in the last four years only 20 per cent of the work has been completed and that reflects the lethargic nature of the Chinese firm that has been entrusted to complete the 417 km project. The report further said that the project was funded by the World Bank (WB) and in case, WB disagrees with the Indian Government's decision, then it will have to raise money for the project on its own. But, chances for that are very bleak, the report said.

The Zee Business exclusive report went on to add that a large number of Chinese firms are involved in the railway infrastructure projects and in the coming days, their work report will also be monitored and if any problem is found with the progress in those projects, those Chinese companies might be treated in the same way.

Zee Business went on to report that the Indian Government is planning to minimise the dependency on Chinese imports as well. In fact, the Ministry of Commerce and Industries has made along list of items that are being imported from China. Now, the ministry is planning to develop these items through Make In India and stop importing it from China.