He said the tunnel will provide all-weather connectivity between Srinagar valley and Leh (Ladakh plateau) on NH-1 and will bring about an all-round economic and socio–cultural integration of Jammu & Kashmir. 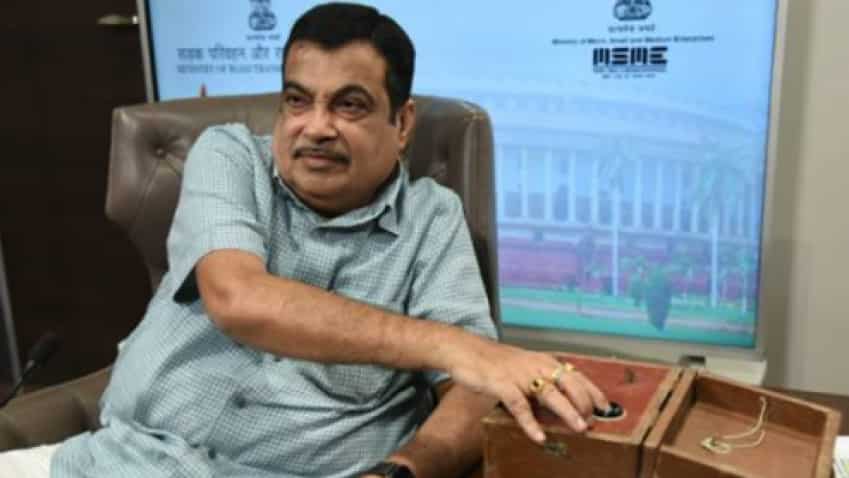 Exclusive: Scrappage policy to be discussed in meeting between Auto industry and Nitin Gadkari

Union Minister for Road Transport, Highways and MSMEs Nitin Gadkari initiated the ceremonial blasting to start the work at Zozila Tunnel in Jammu and Kashmir on Thursday through VC. He said the tunnel will provide all-weather connectivity between Srinagar valley and Leh (Ladakh plateau) on NH-1 and will bring about an all-round economic and socio–cultural integration of Jammu & Kashmir.

The Project was re-modelled to save about Rs 4000 crore in project cost and about 4 hours commuting time. Gadkari said the government is expected to complete the tunnel project before the present government tenure ends.

The Minister said, it involves construction of a 14.15 Km long tunnel at an altitude of about 3000 m under Zozila pass, presently motorable only for 6 months in a year, on NH-1 connecting Srinagar and Leh through Dras & Kargil. It is one of the most dangerous stretch in the world to drive a vehicle & this project is also geo-strategically sensitive. He said, this will be the longest tunnel of Asia, adding that it will improve socio-economic scenario in region. Gadkari informed that about Rs 4000 crore were saved with the re-designing of this tunnel. The minister emphasised that with honest efforts, we can take our country forward at lower costs.

He assured formation of committees under LG Leh and LG J&K with respective Chief Secretaries and officers of MoRTH, NHIDCL, etc to oversee tunnel works and to sort out local issues.

Gadkari informed that seven tunnel roads are under construction in the Jammu and Kashmir region. He said, construction of the 8450-metre-long twin-tube tunnel between Qazigund and Banihal will be completed by the coming March. Thereafter, the work on 2968-metre-long 6-single tunnels road between Ramban and Banihal is due for completion in December 2021. Further, the 450-metre-long tunnel between Khilani and Kishtwar will be ready by June 2022.

The minister further informed that DPRs have been completed for the 4.5 km long Chenani-Anantnag tunnel, the 10.2 km long tunnel at Sinthan Pass at a cost of 4,600 crore, the 350 crore Khakhlani Byepass tunnel, and the 10 km long tunnel between Chhatru and Anantnag at a cost of Rs 5,400 crore, and will be put to tender very soon.

Gadkari referred to the construction of Delhi-Katra Green Expressway at a cost of Rs 21,000 crore, which will reduce the distance between the two important places to only 650 kms. He informed that land acquisition is underway for the same, and the work will begin on this stretch by the coming December. He said, it is being developed as a modern highway in line with London design of transportation with weather information available to the drivers. This expressway along with connectivity to Gurudwaras including Amritsar, will also connect with the Jammu Highway, benefitting the pilgrims going to Mata Vaishno Devi shrine.

The minister added that the 4-lane Jammu-Udhampur road has been completed. The road from Udhampur to Ramban will be completed by December this year. The Chenani-Neshari tunnel on this route has already been made in 2017. The 33-km long road between Ramban and Banihal at a cost of Rs 2,168 crore will be completed by December 2021. The 65 km long 4-lane road between Srinagar and Banihal has been completed at a cost of Rs 1,433 crore.

Jitendra Singh, Union Minister of State (Independent Charge), said, this government has made several schemes for the development of this region. He said, NE and J&K are priority areas for the government. The government has worked for the upliftment of each and every citizen of the region.

The Minister informed that the first-ever tunnel road project in India, the Chenahi-Neshari tunnel, is named after Dr Shyama Prasad Mookherjee. He called the projects developed during 2014 onwards as tribute to modern India. He also complemented Shri Gadkari for great leadership, zeal and speed in achieving desired project completion.

He said, the tunnel will strengthen both the physical and emotional connect between the UTs of Jammu and Kashmir and Ladakh. Dr. Jitendra Singh said that that in the last 6 years of this government, the work culture has undergone a sea change and projects were being cleared on need based requirements, rather than on any other considerations. He said that the government was steadfast and committed in completing all the projects that have started in the last six years in a time bound manner notwithstanding various hurdles like the Covid-19 crisis. He underlined that more than 200 bridges were completed and many new highways projects are being undertaken in the mission mode in J&K.

MoS-RTH Gen (Retd) Dr V K Singh, speaking about the tunnel project under Zozila Pass said, he has travelled on this stretch and is aware of difficulties faced by the people there. He said, the tunnel will also improve co-ordination between the UT Administrations of Ladakh and J&K. The minister suggested formation of a separate agency for tunnels, like NHAI or NHIDCL, to work for both road and rail networks.

LG of J&K Manoj Sinha called the event a turning point in the development of this region. He said, he can easily call the tunnel a modern day marvel. He expressed hope that the project will lead to enhanced employment opportunities for the local youth and give boost to native economy.

LG of Ladakh, Radha Krishna Mathur, complemented the efforts of the Ministry of Road Transport and Highways for adapting to the changed scenario due to repeated changing of contractors. He said, this tunnel will go a long way to develop the Leh region. He recalled the 1948 event when the army regained this region from enemy custody, and said, today’s event is equally important as it depicts the second liberation of Zozila. He suggested formation of a central committee to oversee all road development projects in the region. Also formation of a joint committee with J&K Administration for day-to-day administration of the road in difficult times.

Secretary-RTH Giridhar Aramane said, the agencies of the ministry have worked hard to keep Ladakh accessible throughout the year. He praised them for providing technological and logistical support provided for this cause.

Exclusive: Scrappage policy to be discussed in meeting between Auto industry and Nitin Gadkari