Zero box-office collection: After poor show, this is what Shah Rukh Khan needs to do

Shah Rukh Khan's latest attempt to revive his career with Anand L Rai's 'Zero' has turned out to be a major commercial failure at the box office. 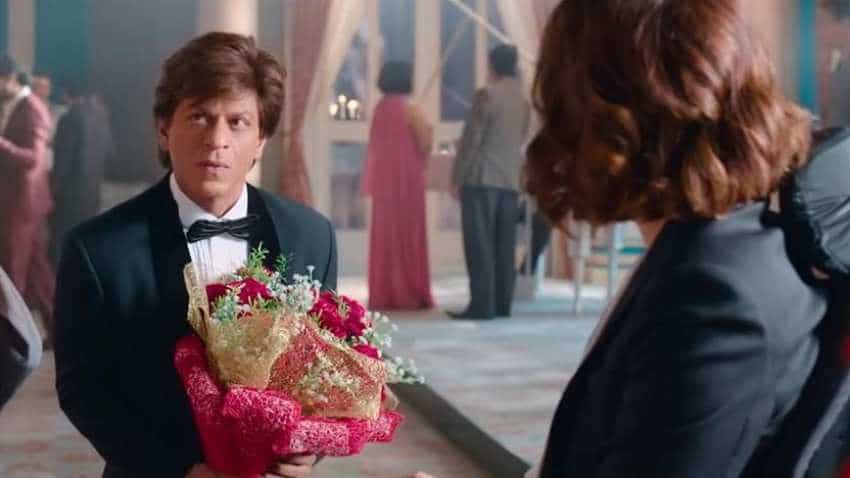 Shah Rukh Khan's latest attempt to revive his career with Anand L Rai's 'Zero' has turned out to be a major commercial failure at the box office. Source: YouTube
Written By: ZeeBiz WebTeam
RELATED NEWS

Shah Rukh Khan's latest attempt to boost his career with Anand L Rai's 'Zero' has not turned out well at the box office. Zero film is in its second week and is struggling to go past the Rs 100 crore mark. Despite releasing on over 4300 screens worldwide, the film managed to earn less than Rs 20 crore on day 1 and has failed to pick up since then. Rohit Shetty's Simmba, starring Ranveer Singh in the lead turned out to be the final nail in the coffin for the Shah Rukh Khan starrer, thereby ending any possible chance of recovery.

Zero film extends a miserable run for the star who has failed to impress the audience and critics for a while now. Zero got a weak opening like SRK's last five films, and the numbers have been heading southwards with each release.

Dilwale had managed to earn just Rs 21 crore while 'Raees' and 'Fan' which were received well, only raked in Rs 20.42 cr and Rs 19.20 cr, respectively. 'Zero' and last year's 'Jab Harry Met Sejal' could have been the career enhancing movies for Shah Rukh with Anand L Rai and Imitiaz Ali, respectively, with director's hat. As it turns out, things have not been exactly rosy for the actor.

Film critic and trade analyst Sumit Kadel told Zee Business Online that Zero was made with a budget of over Rs 200 crore which makes its box-office performance a disaster. "Zero is an absolute disaster, made on the budget of approx Rs 200 crore. After morning shows, the word spread like fire, which impacted the evening and night shows," he said.

"After Happy New Year, Dilwale was a flop and Fan was a disaster. Raees was not a huge success and then came Zero, which is an even bigger disaster," Kadel added. In Shah Rukh's defense, he is not the only Khan who had a bad year. Both Salman and Aamir too had sleepless nights as 'Race 3' and 'Thugs of Hindostan' had disastrous runs at the box-office.

The difference, however, was that both these stars were able to pull crowds to the theatres on the first day and were later let down by the content of the movies. While Race 3 raked in Rs 28.50 crore on day 1, Thugs set a new record in Indian cinema by minting Rs 52.25 crore on the day of its release.

By the end of the opening weekend, both these films had entered the Rs 100 cr club. The same cannot be said for Zero. The Shah Rukh Khan starrer managed to earn just Rs 19.35 crore on day 1 despite releasing during the festive season and amid no competition.

At the end of the first week, the collection stood at Rs 54.60 crore, raising more questions about Shah Rukh's popularity. However, film and trade analyst Girish Johar told Zee Business Online that a few flops can't take away the top position from SRK. "Shahrukh has been at the top position for almost 20 plus years, film here and there doesn't make a difference to his stardom.

The amount it got on day 1 was fantastic so it clearly shows that he can pull in the audiences," he said. Both the analysts believe that the actor should focus more on universally appealing movies films like Don 3 or Dhoom 4, instead of putting a lot in VFX and doing niche films.

"He has to ensure that he is picking the right kind of movies. I would love to watch him in Don series where there is sleek action and are urban." Girish Johar said. But, this seems a distant reality right now as Shah Rukh will next be seen in Rakesh Sharma's biopic 'Saare Jahaan Se Accha' before starring in a Yash Raj project.

Sumit Kadel believes that he has to put in a greater effort to come back with a bang and impress the audience to once again rule over their hearts. "He will have to work differently," he added.

Johar, on the other hand, remains confident of a SRK comeback. "Knowing Shah Rukh and being his fan and whoever knows him, he is going to strike hard and ensure that his creative team gives him the right script without any loopholes. He's going to bounce back bigger," he added.