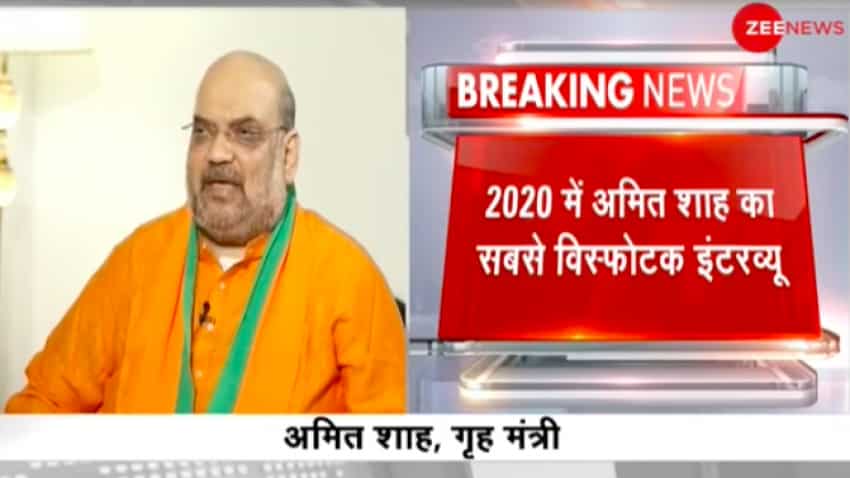 Speaking to Sudhir Chaudhary, Shah said that the PM Modi-led government is committed to secure every inch of the land of our country.
Written By: ZeeBiz WebTeam
Edited By: Harish Dugh
RELATED NEWS

Talking on the Sino-India border row, the Home Minister denied the possibility of a two-front war and said that talks between top officials of both the armies and diplomatic fronts are going on to resolve the crucial issue. The two countries have been involved in a standoff for few months now and on Monday, a Chinese soldier was caught by Indian forces in Ladakh after he strayed across the Line of Actual Control (LAC).

The People's Liberation Army (PLA) soldier will be returned to the Chinese Army "as per established protocol after following due procedure", the army said in a statement.

Speaking to Sudhir Chaudhary, Shah said that the PM Modi-led government is committed to secure every inch of the land of our country.

On the Sushant Singh Rajput death case, the Home Minister said that Maharashtra's government should have handed over this case to CBI when the actor's family was demanding it. The actor was found dead in his Mumbai apartment earlier this year.

On the Bihar Assembly election, he said that Nitish Kumar is heading the NDA alliance in the state.

The exclusive interview will be broadcast at 8pm on Zee News. Don't miss it!