Government is moving ahead with linking Aadhaar with mobile SIM cards and all un-linked phones will be deactivated after February 2018. So far, there 90% of subscribers using pre-paid connections. 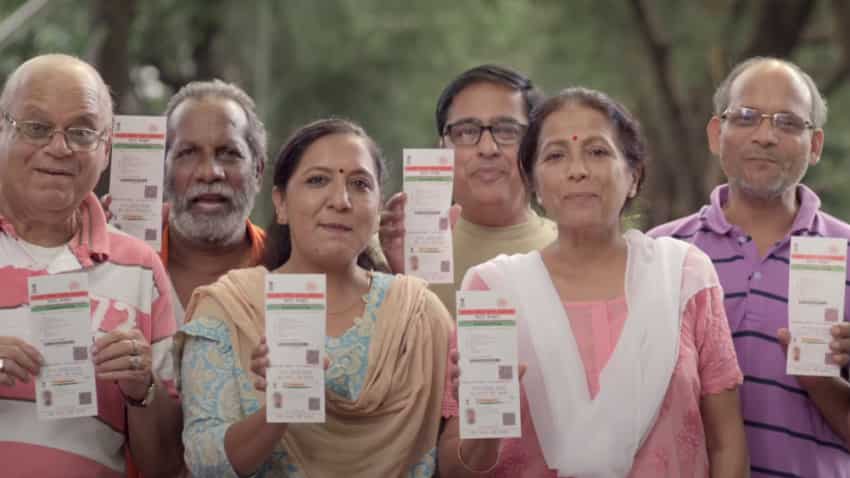 Want to link Aadhaar, PAN with your SBI account? Do this via SBI Online

UIDAI services of Aadhaar Card: From ITR filing to SMS alert, your mobile phone can help you avail these 4 services

After Permanent Account Numbers (PAN) and bank accounts, now your mobile phone numbers have to be linkedwith your Aadhaar numbers by February 2018.

As on March 30, 2017, it was known that government's latest estimate suggest that there are 112,01,12,468 Aadhaar cards have been issued – which is about 88.2% of the Indian population, since January 2009, when the Unique Identification Authority of India (UIDAI) was set up under the Planning Commission.

However, it was brought to notice of SC that there were still substantial number of person who do not have aadhaar card because they may not be interested in having the 12-digit biometric identification code.

Later, the Department of Telecommunication mentioned linking sim card with Aadhaar should be completed with a time frame of one year.

In India – about 90% of subscribers are using pre-paid connections.

There was an estimated 128 crore mobile phone connections in the country as of July and 33.8 crore SIM cards have either been issued or linked by telecom operators using Aadhaar e-KYC – which means up to 25% of mobile phone customers in India complying so far, reported in Economic Times.

Telecom operators like Bharti Airtel, Idea Cellular and Vodafone have been prescribing its prepaid and postpaid subscribers ways to achieve Aadhaar-Sim linking.

Bharti Airtel on its website has said, “We recommend you complete this process as soon as possible. Last date for the same is 6th Feb 2018.”

Here's how you can link your Sim card with Aadhaar number.

In case you are registering your mobile number for the first time (in cases like you have changed your number) – then you should visit to nearest Aadhaar centre to get the Aadhar update/ Correction form or download it from the UIDAI website.

Fill out the form by entering informations like – resident's name, gender, date of birth, address and add the new mobile numbers. Click Here to download the form.

The form once updated will be needing identification documents like photocopy of Aadhaar card along with photocopy of identity proofs like PAN card, Passport and Voter ID.

Once down with above, submit the form and you will be sanctioned with an acknowledgement receipt. Generally, for the successful updation its takes 2 – 5 working days but as per the UIDAI helpline the time can be till 10 days too.

While in case of updating mobile numbers, there are various steps.

E-KYC process: Mobile operators are needed to re-verify all existing mobile subscribers (prepaid and postpaid) through Aadhaar based E-KYC process. Under this the licensee shall send a 'verification code' to the mobile number of the subscriber before initiating the E-KYC process.

On completion of E-KYC process, before updating the old subscriber detail in database with data received through E-KYC, the licensee shall seek confirmation from subcriber about the re-verification after 24 hours through SMS.

Re-verification of more than one mobile connections can also be carried by E-KYC process. Moblile number of each connection shall be mentioned clearly at the top of CAF below 'Type of Connection' as mentioned in the E-KYC form.

However, to check physical possession of all such connection by the subscriber, ' verification code' shall be verified on each mobile connection separately and connection through SMS post E-KYC process shall be sought.

To check whether your mobile number is successfully registered with Aadhaar.  A subscriber needs to visit the UIDAI official website. Click on 'Verify Email/Mobile Number' section which is mentioned below 'Aadhaar Services category'.

After clicking on the section, you will have to fill in your Aadhaar number, email address, mobile number and a security code which will be available below. Once done you will receive an one-time-password (OTP) on your registered mobile number.

Enter the OTP number on the right page and secure your login details.

Linking mobile number with Aadhaar card is free for all.

Want to link Aadhaar, PAN with your SBI account? Do this via SBI Online

UIDAI services of Aadhaar Card: From ITR filing to SMS alert, your mobile phone can help you avail these 4 services