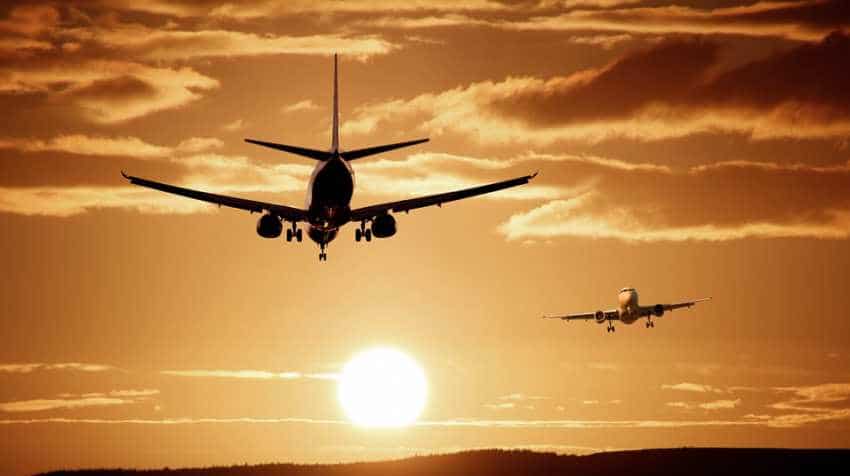 There is a bloodbath in aviation stocks with all major companies like Jet Airways, Interglobe Aviation (Indigo) and SpiceJet witnessing heavy selling pressure. This was due to a hike effected in Aviation Turbine Fuel (ATF) prices for October month between Rs 5,000 to over Rs 5,200 in metro cities like New Delhi, Mumbai, Kolkata and Chennai. This move is going to impact airlines especially Jet Airways which is already struggling with cash shortage, so much so, that the airline does not have enough funds for even giving salaries to engineers and pilots. As for passengers, they will also take hit from this price increase in ATF as the above mentioned airlines would pass on the burden to passengers. Simply put, flyers, your air tickets are going to turn expensive in the coming days.
The share price of Jet Airways took the most hit by tumbling nearly 10% with intraday low of Rs 163 per piece. However, at around 12:05 hours, the company was trading at Rs 168.40 per piece down by Rs 12.05 or 6.68%.

Even the largest carrier Indigo could not escape investors heat, as it slipped by nearly 7% with intraday low of Rs 768.25 per piece in early openings of trading session. However, it managed to recover some losses and was currently trading at Rs 807.10 per piece lower by Rs 18.45 or 2.23%.

On Sunday, Indian Oil stated that, Aviation Turbine Fuel (ATF) Domestic prices in pan-India have been revised upward effective 1st October 2018 on account of higher Jet Fuel prices in the international market coupled with weakening of Indian Rupee as against US Dollar (Exchange fluctuation).

As for international airlines, the prices of ATF was increased in the range of $31 to $38.

Earlier, government has already shocked the airlines by increasing import duty on ATF by 5% from previous 0%.

Talking about import duty hike, PhillipCapital said, “We are unlikely to see any meaningful impact from the import duty hike on ATF, given that we produce a comfortable amount domestically and considering that our imports are negligible.”

The agency added, “Increase in cost to be negligible and can be passed on to the consumers. However, it is noted that this has come at a time when the aviation industry is suffering from higher ATF prices due to soaring international crude oil prices.”

The hike in import duty could have been negligible on the back of domestic buying. However, not that even domestic ATF has been increased, the airlines will face the heat of fuel cost in their financial books, which in return will be forced to transfer the burden on consumers.