WPI inflation may have crossed 2% in August; Data later today 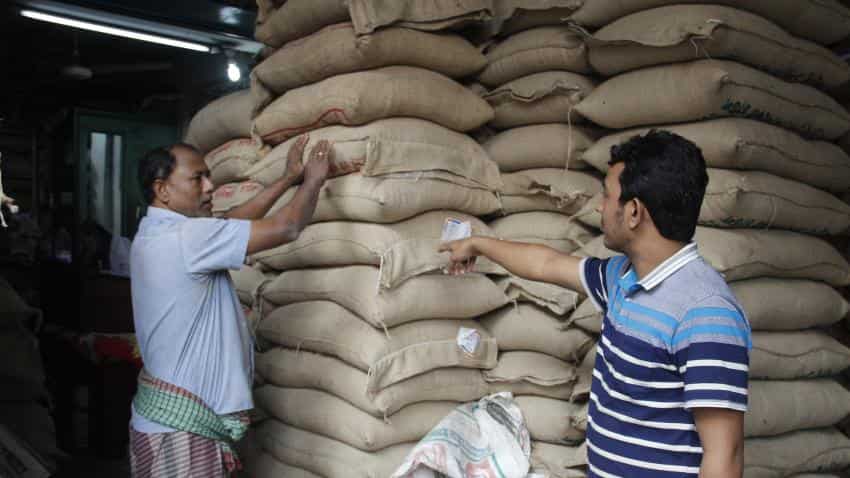 The Ministry of Statistics and Program Implementation will be releasing the India's Wholesale Price Index (WPI) for the month on August 2017 later on Thursday.

Reason behind the rise was due to sharp turnaround in the inflation for minerals and primary food articles, and a mild uptick in core inflation, even as the other sub-indices posted a year-on-year (YoY) moderation in inflation or a deeper disinflation in the same months. Vegetable price also added to the performance by rising over 49% on month-on-month (MoM) basis in WPI.

Updated series of the WPI comprises a total of 697 items and captures the first point of bulk sale across various markets. The combined index is divided into three major component indices - Primary Articles; Fuel and Power; and Manufactured Products.

A PhillipCapital report stated that WPI inflation is expected to remain elevated led by vegetable prices.

In ICRA's view, the core WPI inflation has remained largely stable over the last three months. Businesses may choose to observe the impact of GST on costs over the course of the ongoing quarter before passing through changes related to area-base exemptions, input tax credits, etc.

Madan Sabnavis and Shivam Kaushik, economists at Care Ratings said, "We have seen an uptick in the price of all major metals, especially due to positive sentiment regarding China. Whether this is a temporary spike or a more permanent increase, which could affect the WPI will only become clearer in the coming weeks and months."

The duo added, "The price effects on manufactured products in the WPI will also depend heavily on the manner in which oil prices move in the future."

Stating that WPI will continue witnessing uptrend in its data for coming months, a Morgan Stanley report has predicted WPI to reach at 2.1% in August respectively based on current trends in high-frequency food prices and global commodity prices.

Teresa John, Research Analyst, Nirmal Bang said, ""WPI inflation is also likely to rise to 2.78% in August 2017 from 1.9% in the previous month. A low base, higher food prices, and a pickup in commodity prices are likely to drive the increase in WPI inflation."

Overall, ICRA forecasts WPI Inflation to print between 1.8 - 2.8% for August.