Some of the former top US diplomats and foreign policy experts have hailed the appointment of S Jaishankar as the new External Affairs Minister and have exuded confidence that US-India strategic ties will be further enhanced under his watch. 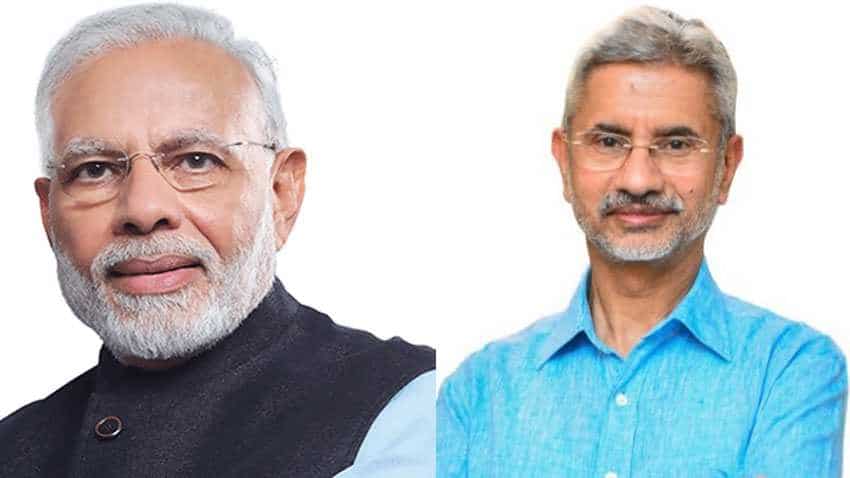 PM Narendra Modi took everyone by surprise when he appointed former foreign secretary S Jaishankar as External Affairs Minister. S Jaishankar emerged as a surprise pick. A seasoned diplomat, Jaishankar was the Indian government's pointsman for China and the US. Son of late K Subrahmanyam, one of India's leading strategic analysts, Jaishankar was a key member of the Indian team which negotiated the landmark Indo-US nuclear deal. Jaishankar retired from the Indian Foreign Service(IFS) only last year to join Tata Trusts.

Some of the former top US diplomats and foreign policy experts have hailed the appointment of S Jaishankar as the new External Affairs Minister and have exuded confidence that US-India strategic ties will be further enhanced under his watch.

Jaishankar, 64, known for his skillful diplomacy, tough negotiating tactics and strategic vision, has served as the Indian ambassador to the US from 2013-2015.

"I am thrilled to see Jaishankar take on the role of Minister of External Affairs. He is a seasoned and skilled diplomat, and his depth of experience as a global strategist has made him a key figure in the development of India's foreign policy," Nisha Desai Biswal, who served as the Assistant Secretary of State for South and Central Asia in the previous Obama Administration, said.

Biswal, who is now president of US India Business Council, was Obama administration's point person for South and Central Asia when Jaishankar arrived Washington DC in December 2013, amidst the bilateral crisis following the arrest of senior Indian diplomat Devyani Khobragade in New York. In the next few days, Biswal and Jaishankar worked together to resolve the crisis.

"He commands great respect around the world and particularly in the US for his role in strengthening the bilateral relationship. I am confident that US-India ties will be enhanced as a result of this appointment," said Biswal, who worked with Jaishankar both in his capacity as India's Ambassador to the US and then followed by India's Foreign Secretary.

Jaishankar "is one of the world's best diplomats," Richard Verma, the former US Ambassador to India said.

He knows the details of complex issues, said the former top American diplomat who was stationed in New Delhi from January 16, 2015 to January 20, 2017, during which time he worked closely with Jaishankar on a host of bilateral issues.

"He's a tough negotiator, but yet exceptionally fair and he knows how to get a deal done. He knows the US-India relationship and the India-China set of issues better than anyone," Verma said.

Jaishankar was India's longest-serving ambassador to China, with a four-and-a-half year term from June 2009 to December 2013. He was India's foreign secretary from 2015-2018.

A 1977-batch IFS officer, Jaishankar played a key role in resolving the crisis following the incursion in Ladakh's Depsang and the Doklam stand-off, handling the tough negotiations with Beijing.

"This is an inspired choice by the Prime Minister. Minister Jaishankar goes into the job confronting a difficult set of challenges, but I know he is more than up to the job. In fact, I'm very confident about the course he will chart," Verma said.

"I think this is an inspired decision by the PM," according to top most India expert Ashley Tellis from the Carnegie Endowment for International Peace think tank. "As I have pointed out elsewhere, the PM's second term is beginning amidst great foreign policy challenges both in India's neighbourhood and beyond, including ties with China and the United States," he said.

"Jai's selection as EAM could not have come at a better time as far as I am concerned for three reasons: he thinks strategically about India's interests in a way that few do, excepting the prime minister and the NSA; he will be able to manage both the MEA and other GOI bureaucracies better than most because he has come up from within their ranks; and last, and perhaps most importantly, the PM trusts him in ways that will allow him to implement Indian foreign policy without him having to constantly look over his shoulder," Tellis told said.

"I think NSA Doval and Jaishankar as EAM will make a terrific team," he asserted.

"Jaishankar's appointment as India's new External Affairs Minister has energised the US strategic community," said Richard Rossow who is Wadhwani Chair in US-India Policy Studies at the Center for Strategic and International Studies (CSIS).

"He has deep familiarity with the "great powers" that India attempts to balance- US, China, Russia, and Japan," he added.

"And we know that Prime Minister Narendra Modi has great confidence and trust in his abilities, so his engagements will be treated quite seriously," he said.

At the same time, Rossow noted that to avoid a worsening rupture in US-India trade ties, Jaishankar will need to flex some relatively new muscles and engage more deeply in trade policy discussions.

"This trade dispute with the US will perhaps be his biggest challenge, since strategic matters are second nature to this experience diplomat," said the Indian expert from CSIS.

Eastern Ladakh situation a work in progress: Jaishankar after talks with Wang Yi