Wipro vs TCS vs Infosys: Why Azim Premji company was best pick despite Q2 pain; should you buy?

Wipro vs TCS vs Infosys: Azim Premji led company's share price ended up being the best pick for investors, as it was top performer on BSE, and finished at Rs 319.60 per piece up by 3.38%. 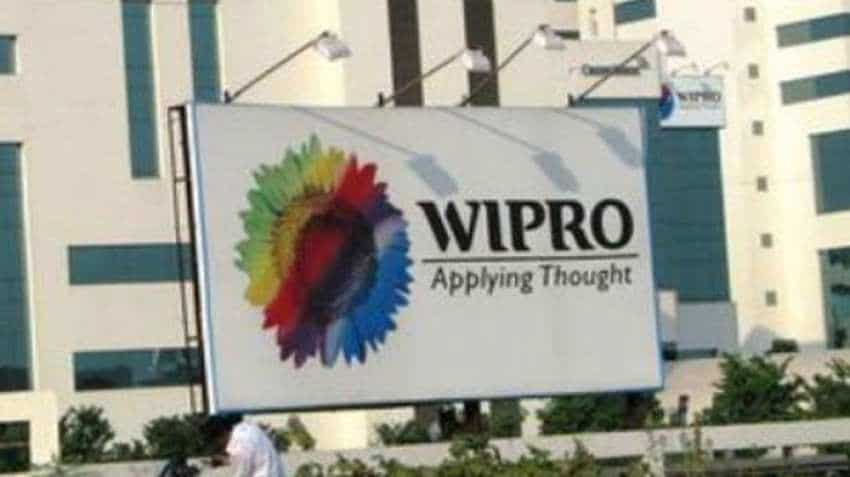 IT-major Wipro saw a big setback during second quarter of FY19 (Q2FY19). It disappointed with its performance on net profit. Interestingly, this did not stop most investors in maintaining their buying sentiment. This is despite Wipro being the only IT company recording a downtrend in its earnings, whereas, its rivals Infosys and TCS outshined during Q2FY19 by recording positive growth. So far, Wipro stock soared by 5% by touching an intraday high of Rs 324.7 per piece on BSE. But the company's share price also ended up being the best pick of investors, as it was top performer on BSE, and finished at Rs 319.60 per piece up by Rs 10.45 or 3.38%.

Amazingly, after TCS announced its result, the company's stock was among top losers, and even Infosys did not turn out to be a best pick of investors when results were declared. So, it is very interesting that Wipro has posted a decline in net profit, and yet it has still managed to be the best pick on markets.

Ravi Menon and Ashish Agrawal analysts at Elara Capital said, " Wipro (WPRO IN) reported revenue growth of 1.6% QoQ in constant currency (CC) terms, ahead of our expectations of 0.7% helped by 1m of integration of the USD1.5bn 10-year deal with Alight. Adjusting for the divesture of the data center business, QoQ growth in CC terms was 2.8%, the best since 2QFY16."

The duo explained: "While we had expected improved execution over 2HFY19, we are positively surprised at the broad-based nature of growth and even earlier than anticipated. BFSI posted its tenth consecutive quarter of growth at 3.4% QoQ and 16.0% YoY in CC terms (vs QoQ growth of 5.8 for Infosys and 3.5% for TCS) makingfor an impressive CQGR of 2.7% in USD terms from 4QY16."

They admitted such a quick and drastic improvement in margin (80bp QoQ adjusted for one-offs) was not expected in a quarter where Wipro had to bear the impact of 2 additional months of a wage hike given in June 2018. However, we think there is still headroom for further improvement.

Finally the analysts at Elara reiterated Buy target on Wipro, by saying, "our top pick in the sector with estimates that continue to be significantly ahead of consensus."

Considering the above Elara lastly said, "We continue to expect a rerating as parts of the portfolio are matching peers already in sequential growth and expect further improvement over 2HFY19. We arrive at a new TP of INR405 from INR395 on 16x (earlier 17x) FY20 P/E."