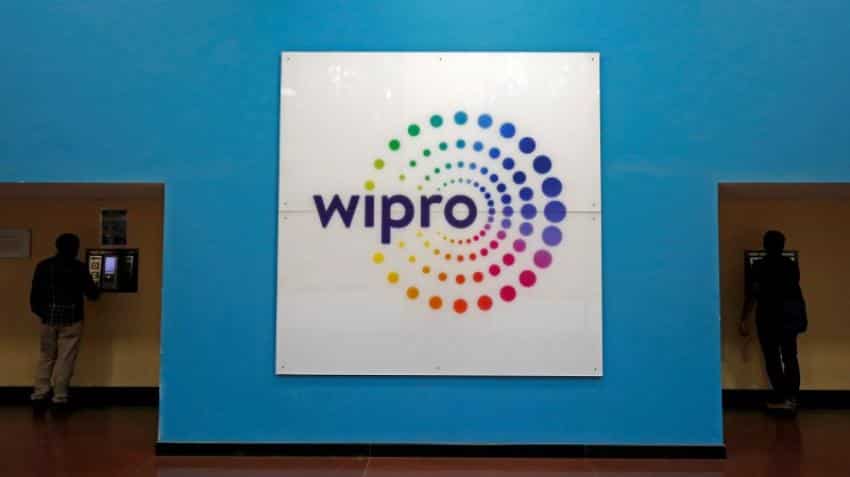 Wipro share price slipped as much as 4.5 per cent to Rs 274.10 on the BSE. Image source: Reuters
Written By: ZeeBiz WebTeam
RELATED NEWS

Wipro jobs for freshers: Even as attrition falls to 11 pct, hiring hits 12000 with 3000 newbies now on board

Wipro share price tanked over 4 per cent on Thursday after the IT major disappointed Street with its March quarter numbers. Country's third largest software services firm reported over 20 per cent decline in its consolidated net profit at Rs 1,800.8 crore for Q4 FY18.

Motilal Oswal Securities maintained its 'neutral' rating on the stock with a target price of Rs 300.

"Weak margin exit and poor start to FY19 on the revenues front drive our earnings cut of nearly 5 per cent for FY19/20. We now expect revenues CAGR of 6 per cent and earnings CAGR of 7 per cent over FY18-20. Our target price of Rs 300 discounts forward earnings by 14x (4% upside) v/s 16x for Infosys," said MOSL in its results review report.

Nomura maintained 'reduce' rating on the stock with a price target of Rs 270. "The company missed estimates on revenue margins and current quarter guidance front. Growth was dragged by India and APAC geographies. BFSI/Manufacturing led growth and communications and consumer also declined," the foreign brokerage said.

Meanwhile, for the year ended March 2018, Wipro's profit fell six per cent to Rs 8,003.1 crore, while total income dipped 1.7 per cent to Rs 57,035.8 crore compared to the previous financial year, the company said in a filing to BSE.

"The company entered Q4 with a confidence driven by the improvements it saw in our deal win trajectory, uptick in client mining, our performance in digital and reduced headwinds in some of our businesses. However, we are disappointed at the loss of momentum in Q1 due to surprises arising out of bankruptsies faced by two of our clients with a revenue run rate of over $50 million, addition impact in the HPS business as more clients exit the exchange market and weakness in our communication BU," said Abidali Neemuchwala, Chief Executive Officer, Wipro.

Wipro projected lower sequential revenue for the first quarter of 2018-19 from IT services business in dollar terms. It expects the revenue from IT service business for the June quarter to be in the range of $2,015 million to $2,065 million.

The company, however, said it would revise the outlook for the quarter after divesting its hosted data centre services business to the US-based Ensono for $405 million (Rs 2,633 crore) during the quarter.

"As we expect to complete the transaction by June 30, we have not considered the impact of the divestment on the revenue for the quarter," said the company in the regulatory filing.

Wipro jobs for freshers: Even as attrition falls to 11 pct, hiring hits 12000 with 3000 newbies now on board

China spacecraft collects moon samples to take back to Earth