The state government had asked milk producers and distributors to introduce a system to recycle discarded plastic bags from January 1, 2019 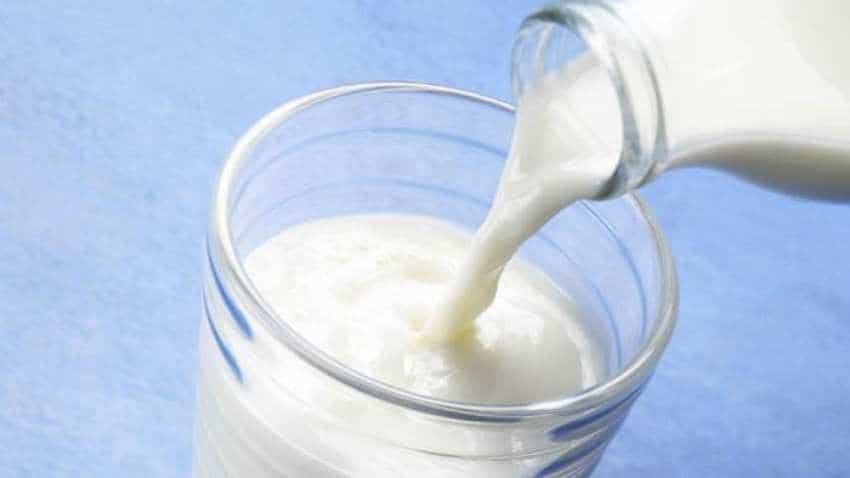 Milk producers in the state has threatened that this move could raise the prices for the consumers, Image source: Zee News
Written By: ZeeBiz WebTeam
RELATED NEWS

The statewide ban on usage of plastic items in Maharashtra may affect the rate of liquid products. Milk producers in the state has threatened that this move could raise the prices for the consumers. They estimate a rise of Rs 10 to Rs 15 for milk supplied in glass bottles and Rs 30 per litre for tetra packs.

However, experts in the packaging industry, say that the rise need not be so drastic – it should only go up to Rs 5 per litre. According to state's environment minister Ramdas Kadam, every day, over 1.5 crore plastic bags are generated in Mumbai. Kadam also stated that they are not imposing a blanket ban on plastic bags. All they want is that the milk suppliers and distributors are more responsible and recollect discarded bags from the customers and the one who return such bags should get a discount of 50 paise to Re 1 on its purchase, DNA reported on Saturday.

Milk suppliers deny the idea saying that it is practically impossible to get those used plastic bags back from customers. The state government had asked milk producers and distributors to introduce a system to recycle discarded plastic bags from January 1, 2019.

Kadam also said that he called a meeting on Tuesday with all the stakeholders as the milk suppliers were frightened over rumours on overpricing of the milk. Kadam said they had given them six months to sort the problem of alternatives but they are still crying as if this move was ordered just yesterday. He also said that they will not be cowed down by such pressure tactics.

Dnyaneshwar Pawar of the Milk Producers' Welfare Association of Maharashtra was quoted as saying by DNA, "We are in the business of selling milk. Collecting and recycling is not our cup of tea. If the government insists, we will have to switch to alternate packaging which is either tetra pack or glass bottles. And this will definitely cost the consumer."

Chitale Dairy spokesperson Indranil Chitale also agreed to the statement that the new norms will definitely cost more, which will be passed on to the buyer at the end and the government first needs to create an alternative viable system to face this issue. Indranil also said that the glass bottles will cause safety and hygiene issues and if opt for Tetra pack then it will cost up to Rs 30 per litre.

Whereas the experts in the packaging industry say that the rise need not be so drastic hence it should only go up to Rs 5 per litre.

Rohit Sachdev of Lucky Graphic said that fears of such huge costs on Milk is unrealistic and he assumes that the rise will not extend more than Rs 2 to Rs 5 per litre. He also said that tetra packs are used in the European Union to supply milk and juices, while in Japan, thick and transparent plastic bottles are used, and these plastic bottles can be easily recycled. He also stated that the glass bottle supplies were feasible a few decades ago as the population and demand were low.