Will India’s new IPR policy put a lid on the polarising discourse on pharma and patents?

The buzz words in the document are creativity and innovation. The policy has seven broad objectives and offers a range of prescriptions. The first objective is “IPR awareness, outreach and promotion” as a key goal is to get India to generate more IPR. 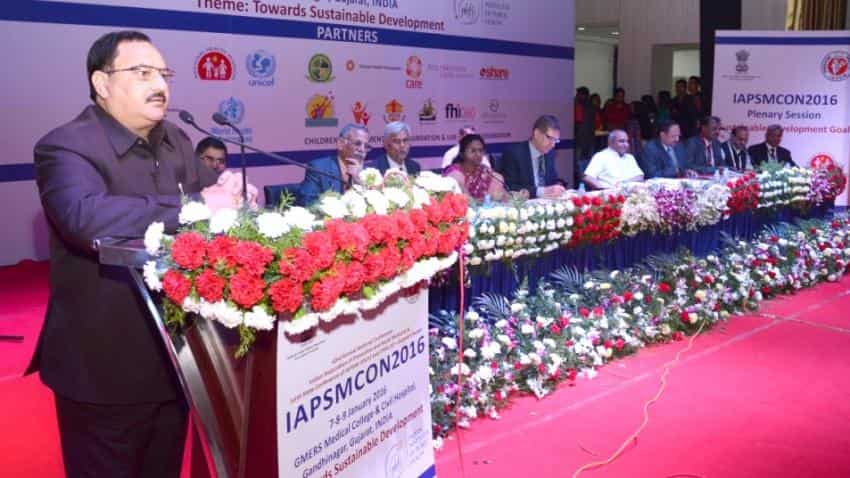 Everything you need to know about national IPR Policy

India has a new national intellectual property rights (IPR) policy. The 28-page document aims to be “an all-encompassing IPR Policy” that will “promote a holistic and conducive ecosystem to catalyse the full potential of intellectual property for India’s economic growth and socio-cultural development, while protecting public interest.”

The buzz words in the document are creativity and innovation. The policy has seven broad objectives and offers a range of prescriptions. The first objective is “IPR awareness, outreach and promotion” as a key goal is to get India to generate more IPR.

What will it change on the ground? The short answer to this critical question is it is complicated as a policy is not a law.

However, it offers important signals in critical sectors like pharmaceuticals, about possible changes in the future. How one interprets these signals depends on how one is positioned in key debates in the health sector.

Sections of the Indian industry are happy. Kiran Mazumdar Shaw, chair and managing director of Biocon Limited, a biopharmaceutical company, lauded India for standing its ground on the World Trade Organization (WTO) Agreement on Trade-Related Aspects of Intellectual Property Rights (TRIPS) while respecting genuine innovators and start-ups. The new policy says India shall remain committed to the Doha Declaration on the TRIPS Agreement and Public Health, which simultaneously recognises that intellectual property protection is important for the development of new medicines and concerns about its effects on prices.

Yet, as Biswajit Dhar, professor of economics at Jawaharlal Nehru University, New Delhi, points out,“commitment to TRIPS flexibilities is not enough. It is vital to simultaneously strengthen the generic industry so that it is equipped and able to take advantage of these flexibilities.”

The new policy comes at a time when India is facing strong pressure over patent protection. The United States Trade Representative (USTR) has kept India in its annual list of countries which, in its view, does not sufficiently enforce patent rights. India vigorously contests this and has publicly stated that its patent regime is compliant with TRIPS. This has led to numerous verbal jousts between developed countries—-home to many innovator companies—and India, known worldwide for its low-cost generic drugs.

G. Shah, secretary general of the Indian Pharmaceutical Alliance, an umbrella body of domestic generic drug makers, says: “This is a mere statement of policy. It has no impact on various legislations governing patent, copyright, etc.”

Shah asserts that the policy is intended to be a “balancing act” and, like many others, does not think that the Modi government is likely, in the foreseeable future, to amend India’s patent legislation concerning medicines.

It is clear, however, that in performing this balancing act and trying to please everyone, India may have landed up pleasing neither the USTR nor U.S. business while making India’s civil society and many in the domestic industry unhappy.

“We hope today’s announcement is a precursor to the concrete, structural changes that are necessary if India is to implement a strong IP-led innovation model” said Mr. Kilbride in his official statement.

India’s new IPR policy will not put a lid on the polarising discourse on pharma and patents in this country, where the vast majority have to pay for medical treatment out of their own pockets and rights of patent-holders are often pitted against the rights of patients.

Consider objective 3 of the new policy, which deals with legal and legislative framework. It refers to the possibility of steps which include a review of existing IP laws where necessary, to update and improve them or to remove anomalies and inconsistencies, if any, in consultation with stakeholders. Taken on face value, the new policy shows the Modi government has successfully resisted demands from developed countries for stronger protection for patents through provisions like data exclusivity, patent linkage, and patent-term extension.

Health activists are happy that the policy does not yield ground on Section 3(d) of the Indian Patent Act, 1970, which states that inventions that are a mere “discovery” of a “new form” of “known substance” and do not result in increased efficacy of that substance are not patentable. Novartis’s cancer drug Glivec and GSK’s breast cancer drug Tykerb were denied patents by Indian courts on these grounds.

Another long-standing bone of contention is the compulsory licencing mechanism that allows government to authorise a party, other than the patent- owner, to produce the patented product or process without the patent-owner’s consent. Big Pharma is wary of Compulsory Licensing.

One of the key weaknesses of the new IPR policy is that it does not explicitly lays out the steps that will be undertaken to protect India’s generic industry.

Finance Minister Arun Jaitley has publicly said: “We believe that our existing laws are all WTO compliant, and as and when global trends move forward, a continuous evolution of these laws will always be required.”

India’s generic drugmakers view the word “evolution” with some concern. They argue that unless the government is ready with funding and programmes to ensure access to medicines for all, any change in the legislative framework will hurt not only the generic industry, but the people of India.

Patralekha Chatterjee is a Delhi-based journalist; she writes on health and intellectual property rights.

This feature was written exclusively for Gateway House: Indian Council on Global Relations. You can read it here.

Everything you need to know about national IPR Policy

Nawazuddin Siddiqui: This has been a special year

CBSE 2021 exams to be held in written mode, board exploring possibilities for practicals| All you need to know about board tests