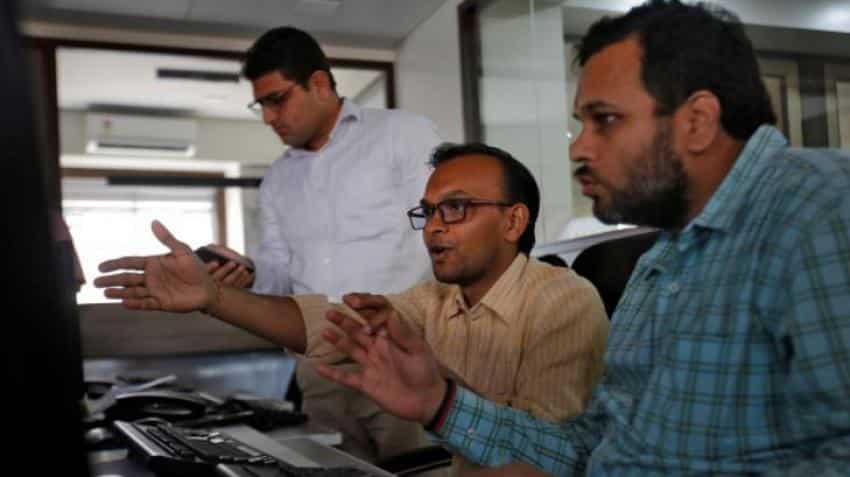 Dalal Street may have given an early salute to PM Narendra Modi-led Bharatiya Janta Party (BJP) with a strong rally, but momentum faded as reports emerged of the BJP falling short of full majority and Janata Dal Secular (JDS) accepting support from Congress on the condition that HD Kumaraswamy will take over as the next chief minister of Karnataka. Besides, negative trend in global markets also contributed to muted sentiment back home.

"Market had a good start led by positive impression of central ruling government in the Karnataka election. But lost its aura as lack of clear majority emerged by the end of the day. Whatsoever be the final outcome, this will give more depth to the market as concern over the performance of BJP in the next general election of 2019 will reduce. At the same time, market will try to focus back on macro and micro economic parameters which have been unpleasant in the recent time," said Vinod Nair, Head of Research, Geojit Financial Services.

"Investors will try to gauge BJP's performance in Lok Sabha Election 2019 on the basis of Karnataka election 2018. This will be one data point, others will of course be elections in Rajasthan, Madhya Pradesh, Chattisgarh and Mizoram,"

On asking if Sensex, Nifty will hit an all-time high if BJP manages to form government in Karnataka, Shah suggested investors to stay invested for long-term, ignoring short-term market events like elections. "Markets will keep rallying in the long-run. 11 years ago, Sensex quoted at the value where Nifty is moving today. In the next 11 years, Nifty will reach the figure Sensex is quoting now," he said.

Mentioning a cricket analogy, Shah further explained: Investors should not play T-20, but get into test match. Do not predict all-time high because hitting a six here and there won't amount much. Investors should rather try to score double and triple century.

And what will move the markets now? VK Sharma, Head Private Client Group & Capital Market Strategy at HDFC Securities believes focus will now shift to global cues which are not supportive.

"Karnataka election is an event that is now out of the way. The markets will now be more reactive to the international cues, which are a matter of concern, especially the rising crude and dollar," he said.

Overseas, World stocks fell on Tuesday as investors digested soft Chinese economic data and a lack of progress in US-China trade talks, while a rise in US borrowing costs supported the dollar.

MSCI’s world equity index, which tracks shares in 47 countries, was down 0.3 per cent. Europe’s benchmark Stoxx 600 was 0.1 per cent lower while Germany’s DAX shed 0.2 per cent as first-quarter economic growth in the country came in lower than expected.