TPDDL CEO Sanjay Banga said, "We are committed to eradicate the menace of power theft and keeping a close watch on the illegal e-charging setups in the area of distribution. I appeal to all e-rickshaws owners to take legitimate connections and charge their vehicles in a legitimate and safe manner." 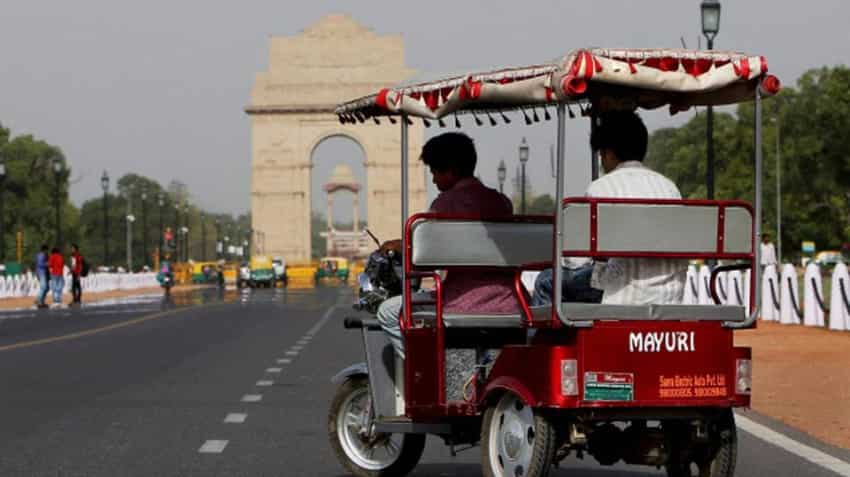 Organised theft of power in Delhi for charging of e-rickshaws has assumed serious proportions with discom sources putting the annual losses due to it at nearly Rs 150 crore.

There are three power distribution companies -- BYPL and BRPL of BSES and Tata Power Delhi Dsitribution (TPDDL) -- that supply electricity to the national capital.

As per estimates there are over one lakh e-rickshaws plying on the city roads and only one-fourth of them are registered, despite a subsidy scheme of the government.

Power experts and discom sources claim lack of proper charging facilities has led to organised rackets of power theft in prominent parts of the city, especially in areas close to metro stations.
"Considering that most of the e-rickshaws are not registered, the losses due to charging through illegal connections is around 150 crore," they said.

TPDDL CEO Sanjay Banga said, "We are committed to eradicate the menace of power theft and keeping a close watch on the illegal e-charging setups in the area of distribution. I appeal to all e-rickshaws owners to take legitimate connections and charge their vehicles in a legitimate and safe manner."

On an average, an e-rickshaw consumes around 7-10 units per day. This comes to about 2,500-3,600 units per e-rickshaw per annum. Power theft is at its peak at night due to bulk charging at facilities set up by the rackets, discom sources said.

There are scores of areas across the city where such rackets operate, although police help is sought whenever they are detected, the said.

"Most of these e-rickshaws are charged in batches as part of an organised illegal network controlled by the local strongmen. The e-rickshaw owners pay fixed money in the range of Rs 100 to 150 per day to the 'parking and charging' mafia," they claimed.

In the latest tariff order, the Delhi Electricity Regulatory Commission has fixed the rate of Rs 5.50 per unit for e-rickshaw charging.

Discom sources say a typical e-rickshaw owner pays between Rs 100 to Rs 150 to an illegal charging station. This comes down to Rs 50 per e-rickshaw if charged through a legal connection.

A TPDDL spokesperson said illegal charging of e-rickshaws is a "big menace" and results in approximately 40 lakh KWh of power loss every year to the company that supplies electricity to north and northwest parts of the city.

The company is employing technology to track power theft in its area of distribution and has installed AMR (Automated Meter Reading) based energy systems at distribution transformers. It also conducts energy audit of these transformers on a regular basis, he added.