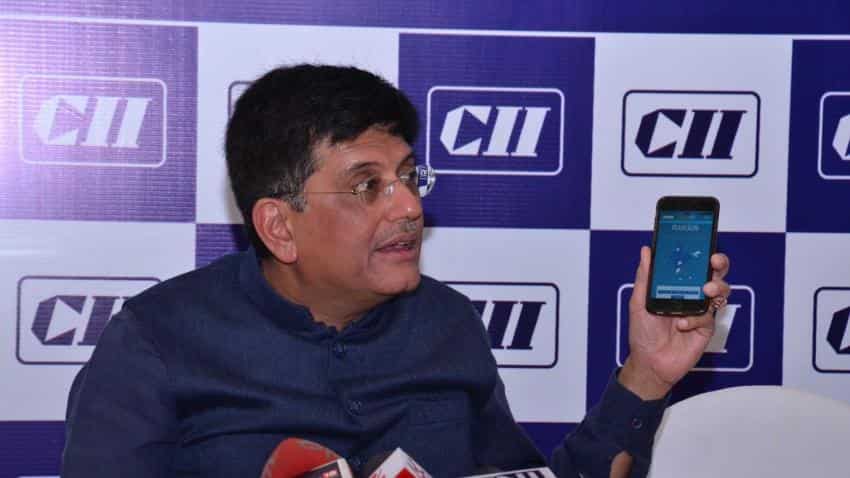 Power shortage lowest ever level of 2.1% in FY16: Piyush Goyal

With an aim to protect state power distribution companies suffering financial losses and to boost their operational revenues, Minister of State with Independent Charge for Power, Coal, New and Renewable Energy and Mines Piyush Goyal on Wednesday launched the web portal and the mobile app for UDAY scheme.

The Government of India started the Ujwal DISCOM Assurance Yojana (UDAY) scheme in November 2015 for the financial turnaround of power distribution companies (DISCOMS).

The objective of the scheme is to improve the operational and financial efficiency of the state power distribution companies (DISCOMS), according to Power Ministry website notification on November 20, 2015.

"We've embarked upon the mission to take electricity to every home; we are working with the states to ensure it," Goyal said on Twitter.

We've embarked upon the mission to take electricity to every home; we are working with the states to ensure ithttps://t.co/0iENmcAUMO

According to Energy Infra Post news report dated January 3 , the app and the web portal will provide all details on the scheme including the number of states joining the scheme as also the progress achieved by each state under various parameters listed under the scheme—-including Aggregate Technical and Commercial losses (AT&C), cost of electricity, bonds issued and others.

Financial health of state power DISCOMs has been a big blot on the performance of state’s power sector and in order to make these DISCOMs financially viable and operationally sustainable, the scheme UDAY assumes a lot of significance, it said.

Power shortage lowest ever level of 2.1% in FY16: Piyush Goyal