Who is Savji Dholakia, the diamond merchant who will gift 600 cars to his staff; PM Modi to do the honours

The company has an overall strength of 5,500 employees, of which around 4,000 have already received expensive gifts on the occasion of Diwali so far. The company makes a annual turnover of Rs 6,000 crore. 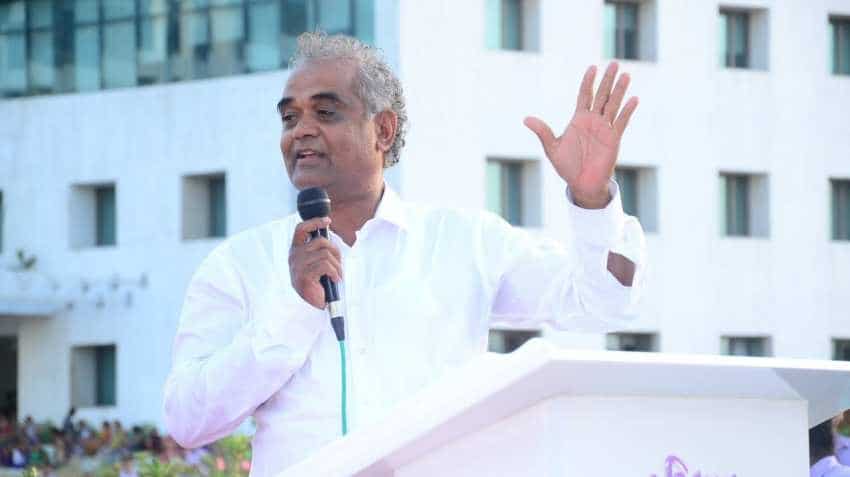 He gives the best Diwali gifts any employer has ever given to his staff! he literally spends crores of rupees on his employees! This time too, he has impressed. Savji Dholakia, Surat-based diamond trader from Gujarat, is once again in the news for deciding to gift around 600 cars to employees of his company in this year's Diwali. Like the last four Diwalis, the diamond merchant of Hari Krishna Group will be gifting 400 Renault KWIDs out of a total of 600 cars to his employees as part of their Diwali bonus.

Savjibhai Dholakia is also known as Savjikaka in Surat and Saurashtra and he hails from Dudhala village in Amreli district. Dholakia, who dropped out of school at 13, came to Surat in 1977 on a state transport bus with just Rs 12.5 in his pocket as ticket fare.

Dholakia started working at his uncle's diamond business in Surat, and after 10 years of rigorous diamond polishing work, he laid the foundation of his company in 1992. In 2014, his company registered a turnover of Rs 400 crore, 104% higher than the previous year.

He is also involved in diamond jewellery manufacturing and exports HK Designs and Unity Jewels. Kisna Diamond Jewellery is a Pan India brand which has over 480 distributors to cater to more than 6500 retail outlets.

Savji Dholakia's company currently exports finished diamonds to over 50 countries directly from Mumbai, besides having affiliates in the US, Belgium, UAE, Hong Kong and China.

Who Got What
This year, four employees, including a physically challenged female staffer have reached New Delhi where they will be given keys of their new cars by none other than Prime Minister Narendra Modi. The Prime Minister will later address the employees of Shri Hari Krishna Exports through video conferencing. The event has reportedly been organised at the firm's headquarters in Varachhna today.

“1,500 employees have qualified under loyalty programme, of which 600 have opted for cars while 900 will be given fixed deposit certificates. For the first time, employees will receive car keys and bank certificates from the hands of PM," Savji Dholakia told The Times of India.

"Our four employees including a physically challenged daughter are in New Delhi. They will be meeting PM at his residence at 10 am to accept the car keys. PM will also address the employees of Hari Krishna through video conferencing," he added

The Surat-based diamond merchant in a Facebook post said, "Hari Krishna Group is hosting a Skill India Incentive Ceremony 2018 on October 25, 2018. As a part of our loyalty bonus program to our employees, we will be giving incentive to approximately 1,700 diamond artists and diamond engineers."

About Shri Hari Krishna Exports
Notably, the company has an overall strength of 5,500 employees, of which around 4,000 have already received expensive gifts on the occasion of Diwali so far. The company makes an annual turnover of Rs 6,000 crore.

Earlier in September this year, Savji Dholakia had gifted three Mercedes-Benz GLS SUVs worth Rs 3 crore to three senior staffers who completed 25 years at the company. The luxury SUVs were gifted at a ceremony organised in Surat.