What led to chaos at Delhi airport? Officials revealed this

Although most of the airlines are equipped with systems and pilots for handling low visibility using the CAT3B technology, the take-offs and landings of the aircraft are normally suspended when the visibility drops below 75  metre. 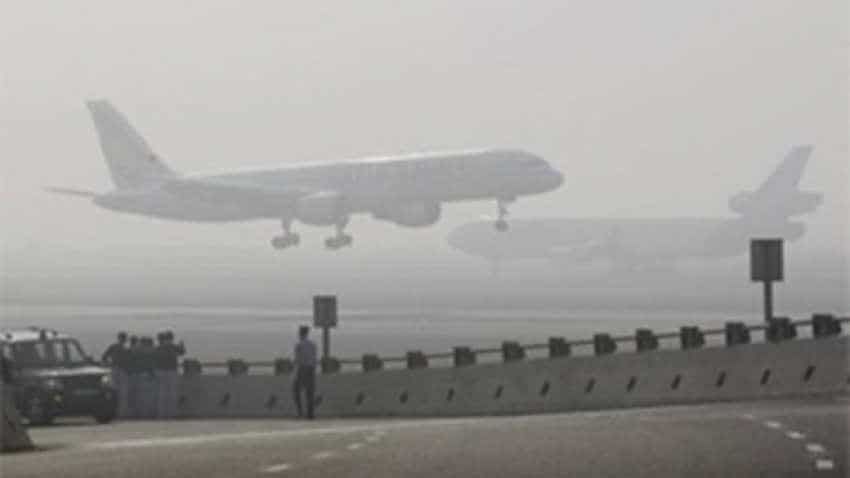 Delhi airport chaos: After the year's worst spell of fog on Friday morning, at least 600 flights were held up at the Indira Gandhi International Airport. The restrictions on the flight operations during peak hours for Republic Day rehearsals also worsened the scenario. According to air traffic officials, the airlines did not prioritise their flights' departures after the visibility improved which led to every pilot calling the Air Traffic Control for permission to take off. This commotion lasted for around 7-8 hours, disrupting the schedules of the flight departures. According to officials, as cited by Hindustan Times (HT), lack of coordination worsened delays and forced many passengers to wait inside aircraft.

Normally, the process to clear backlog involves airlines communicating to airport authorities which of their flights must be sequenced first. “For instance, if five different airlines had 10 flights each to depart and there were only four slots, they were unable to tell us which four will go first. Passengers of all 10 flights were asked to board instead,” an (ATC) official, not authorised to speak to the media, said, as cited by HT.

Although most of the airlines are equipped with systems and pilots for handling low visibility using the CAT3B technology, the take-offs and landings of the aircraft are normally suspended when the visibility drops below 75 metre.

“The visibility between 5:30 am and 9:30 am was below 75 metre but once it improved, we didn’t receive any sequence and every pilot was calling us, requesting to depart. By the time things were sorted, restrictions for R-Day began. The airlines should prepare a list of flights they want to depart first, in advance,” a second ATC official said, HT reported. Restrictions for R-Day rehearsals were from 10:35am to 12:15pm.

An official from the Directorate General of Civil Aviation (DGCA) said that they had a meeting with the airlines, ATC and the airport operators regarding the situation and they are likely to step in to review the procedure.