The monsoon withdrew from Delhi on Wednesday while the flood situation in Assam marginally deteriorated with over 2.83 lakh people affected across eight districts 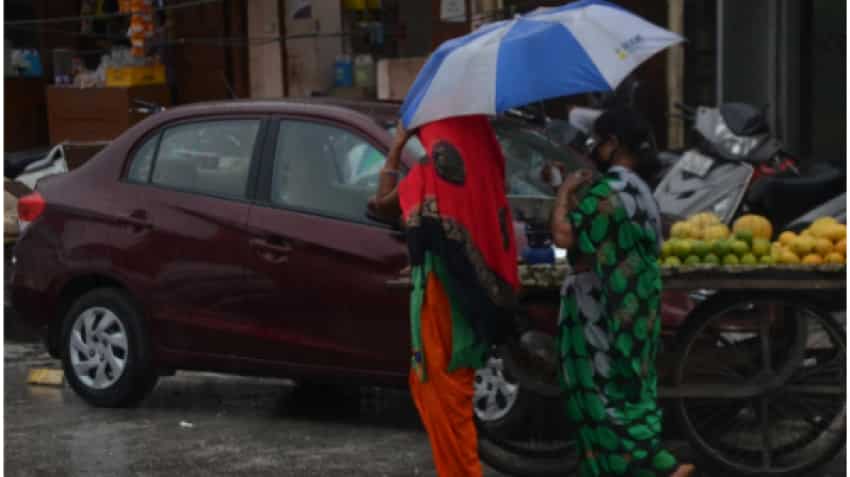 The monsoon withdrew from Delhi on Wednesday while the flood situation in Assam marginally deteriorated with over 2.83 lakh people affected across eight districts.

The India Meteorological Department (IMD) said the country received above normal monsoon during the four-month rainfall season, recording the second highest precipitation in the last 30 years.

It said the national capital recorded 467.7 mm rainfall against the normal of 585.8 mm between June 1 and September 30.

The IMD said conditions are becoming favourable for further withdrawal of southwest-monsoon from some more parts of Uttar Pradesh and Rajasthan and some parts of northwest Madhya Pradesh during the next 2-3 days.

In Delhi, the wind system had reached the city on June 25, two days earlier than normal, and stayed five days longer than usual. Normally, it withdraws from the city by September 25, Kuldeep Srivastava, the head of the regional forecasting centre of the IMD, said.

"Change in the low-level wind pattern to north-westerlies, reduction in moisture content and cessation of rainfall indicates that the southwest monsoon has further withdrawn from some more parts of Rajasthan, remaining parts of Punjab, entire western Himalayan region, Haryana, Chandigarh, Delhi and some parts of Uttar Pradesh," the IMD said.

According to Met department data, the city recorded 20 per cent less rainfall this monsoon season.

For smaller areas like Delhi, 19 per cent more or less than long-period average rainfall (50 years) is considered "normal". Between minus 20 per cent and minus 59 per cent is "deficient", and anything less than that is "scanty".
The country received 109 per cent rainfall of the Long Period Average (LPA) with three of four months -- June (107 per cent), August (127 per cent) and September (105 per cent) -- witnessing above normal rainfall, while July recorded (90 per cent) below deficient rainfall.

In Assam, over 2.83 lakh people are hit due to floods in Biswanath, Goalpara, Morigaon, Hojai, Nagaon, Golaghat, Dibrugarh and West Karbi Anglong districts, according to daily flood report of the Assam State Disaster Management Authority (ASDMA).

At present, 432 villages are under water and 26,652 hectares of crop areas have been damaged across Assam, ASDMA said.

Nagaon is the worst hit with 2.08 lakh people suffering, followed by Morigaon with more than 40,600 persons and Goalpara with over 11,400 people, the report said.

The toll in the three waves of floods in the state stands at 120.
Roads, bridges, culverts and other infrastructure have been damaged by floodwaters in Morigaon, Nagaon and Kokrajhar districts, ASDMA said.

The Brahmaputra river is flowing above its danger marks at Dhubri town, Nimatighat in Jorhat and Tezpur in Sonitpur district, while its tributaries Jia Bharali is doing so at NT Road Crossing in Sonitpur, Kopili river at Dharamtul and Kampur in Nagaon are flowing above their respective danger marks.