SP Balasubrahmanyam’s son has denied claims that the playback singer was charged Rs 3 crore in hospital bills in a video posted on social media. 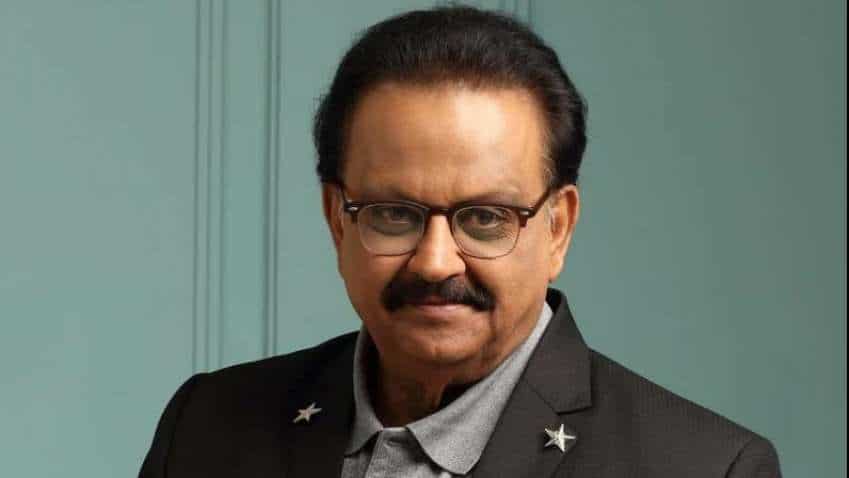 The singer had recorded over 40,000 songs in 16 languages over a period of five decades. Source - PTI.
Written By: ZeeBiz WebTeam
Edited By: Harish Dugh
RELATED NEWS

Cinema Halls reopening today: Here is what movie goers should keep in mind

SP Balasubrahmanyam’s son has denied claims that the playback singer was charged Rs 3 crore in hospital bills in a video posted on social media. The Padma awardee singer had passed away last week and soon after, there were reports that the hospital allowed his family to take the mortal remains, after clearing at least Rs 1.85 crore on the Rs 3 crore fee charged. There were other reports claiming that Vice President Venkaiah Naidu had to pay the hospital bills.

The artist’s family Sunday said such claims were “offensive” and hurtful. SP Charan, SPB's son, has now issued a video on his social media handle slamming rumours surrounding the payment of hospital bills where his father breathed his last.

"It is unfortunate that there are rumours going around about MGM hospital and payments regarding my dad's care, bills and all that technical stuff. We were in the hospital from August 5. My father passed away on September 25. There are rumours around the amount of bill that was charged. That we had paid something and there was a balance and that we had requested the Tamil Nadu government but they did not reciprocate and I had to gone to Vice President of India and they had responded instantaneously. Also that unless we had paid the balance amount, the hospital was not releasing my dad for the last rituals. Let me just say that this all a big hogwash. I don't know why people do this without consulting people. They don't seem to realise how offensive and hurting this is to people associated with this issue,” Charan said.

He added that people spreading these rumours cannot be the fans of SPB.

“I'd like to say that I forgive this person but he needs to grow up and do the right thing. He has no base in spreading such rumours. He has no knowledge what the treatment was, how much the bills were and who paid what. Me and the hospital will do a press release to muff all the rumours. It is so simple to post things online and mess things up for people,” he said.

The singer had recorded over 40,000 songs in 16 languages over a period of five decades. He passed away on Friday afternoon in a Chennai hospital. a

Cinema Halls reopening today: Here is what movie goers should keep in mind

Can't 'entertain' the idea of Donald Trump winning, makes me 'sick to my stomach': Hillary Clinton