BSE Sensex touched the day's high of 40,124.96 points. BSE celebrated at its headquarters in Mumbai, as Sensex crossed the psychological level of 40,000. 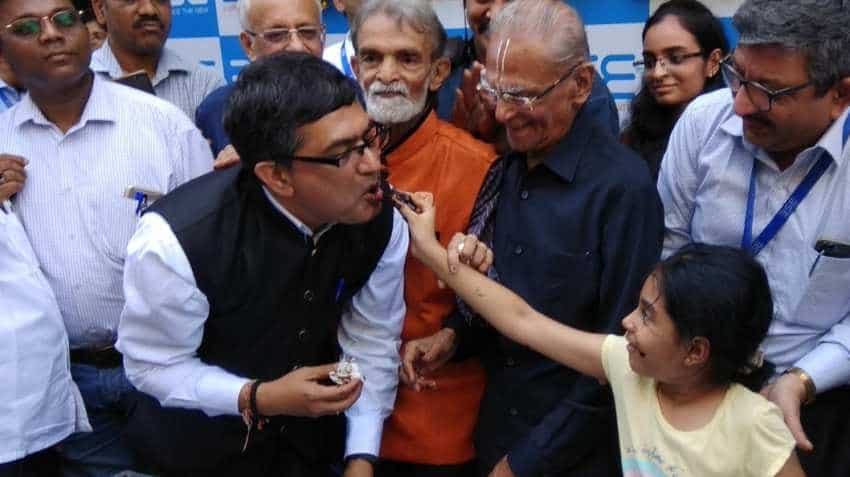 This was a historic day for Indian equity markets, as major indices touched new highs after the early Lok Sabha elections trends suggested that the BJP-led National Democratic Alliance (NDA) is winning with a big margin. The BSE Sensex touched the day's high of 40,124.96 points. BSE celebrated at its headquarters in Mumbai, as Sensex crossed the psychological level of 40,000.

Ashish Chauhan, MD and CEO of BSE, Arvind Sawant, Member of Parliament, Lok Sabha joined the employees of the exchange to celebrate at BSE India office.

Another major Indian index, NSE's Nifty50, also rose to an unprecedented  level, crossing 12,000 mark.  Amnish Aggarwal, Head Research Prabhudas Lilladher, said, ''Election results are positive for the market, as it gives a stable government for the next 5 years. However, post initial euphoria, focus would shift to hardcore economic decisions and the manner in which slowdown and economy is handled in Modi 2.0. we are positive on long-term for the markets, our NIFTY target in a bullish scenario is 13,000, for which growth rates need to catch up."