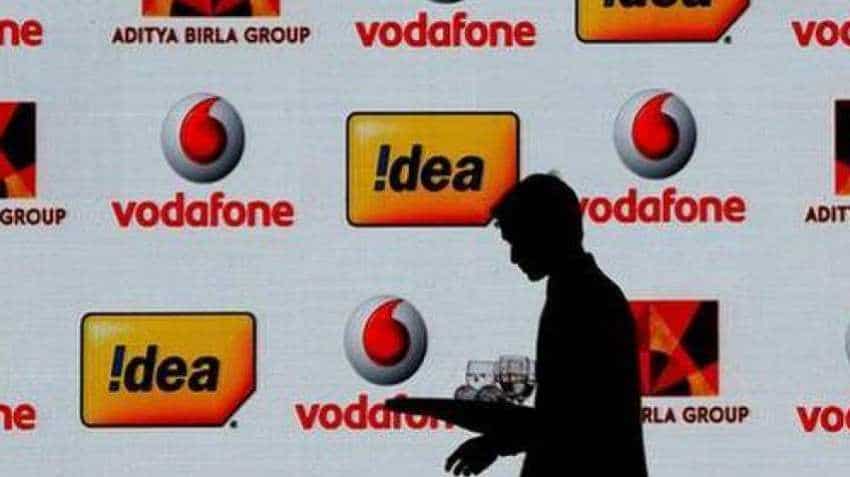 Vodafone Idea shares have given away nearly 11% of its market price. Photo: Reuters
Written By: ZeeBiz WebTeam
RELATED NEWS

The negative trend in telecom service provider Vodafone Idea share price continued even on Monday, as it has dropped by over 6% alone in 1 day. At around 1504 hours, the share price was trading at Rs 30.35 per piece down by 5.45% on Sensex, however, the company has already touched an intraday low of Rs 30.15 per piece. Interestingly, this would be a second consecutive plunge in Vodafone shares. Last week on Friday, the share’s slumped by over 5.50%. With this, in just 2 days’ time, Vodafone Idea shares have given away nearly 11% of its market price. Analysts are of two views when it comes to trading in Vodafone shares.

Pranav Kshatriya and Sandip Agarwal, analysts at Edelweiss Securities said, “Vodafone Idea (IDEA) has announced a rights issue of Rs 250 billion at Rs 12.50, at steep ~60% discount to CMP, which will expand the equity share by 2.3x. Management has indicated that promoters of the company will be committed to subscribing balance unsubscribed portion, if any. We expect existing investors to participate in the rights issue given significant discount to CMP and higher share allocation.”

The duo added, “With the proposed capital infusion, IDEA will have a war chest for planned network investments and meet debt obligations. However, due to significant dilution, we expect share price to remain under pressure.”

Thereby, they said, “We maintain cautious stance on the stock given IDEA’s underwhelming capacity expansion plans and high leverage despite capital infusion. An early and sustained improvement in industry ARPU is a key risk to our thesis. Maintain ‘HOLD’ with Rs 35 TP.”

On the other hand, CLSA said, Assuming full subscription of the rights issue, the capital raising will lead to c.25% lower net debt and c.75% lower loss per share in FY20-21CL. While the rights issue will help fund interest and capex spend in the near term, we maintain that further capital infusion will likely be needed beyond FY21. Retain SELL.”

Hence, looks like a buy call in Vodafone Idea is a long lost coast. However, if you are holding this stock you can either choose to be on wait and watch mode till the rights issue.