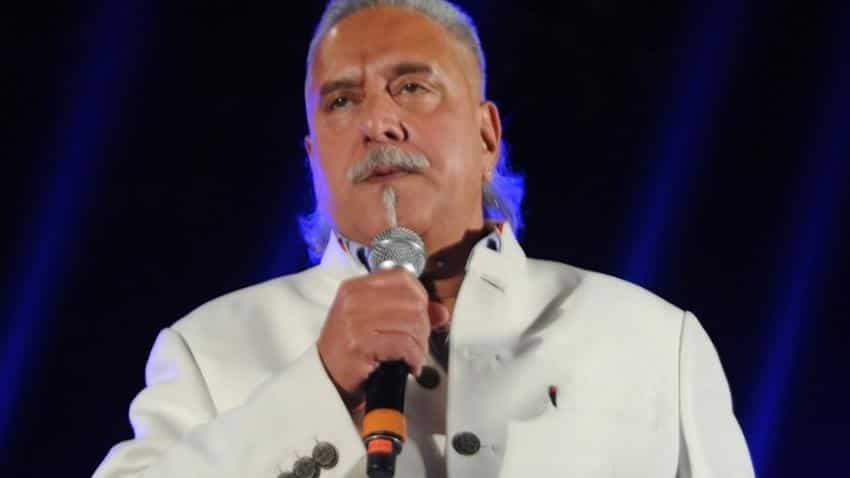 Mallya was produced in a court in the UK which granted him bail till May 17. Image Source: IANS
Written By: ZeeBiz WebTeam
RELATED NEWS

Central Bureau of Investigation (CBI) said the Westminster Magistrates' Court in London has put liquor baron, Vijay Mallya under house arrest, Times of India said in a report on Wednesday.

Soon after he was arrested on Tuesday by Scotland Yard in London he received bail under strict conditions and a Rs 5.4 crore bond.

Mallya was produced in a court in the UK which granted him bail till May 17.

He is now supposed to remain confined at his property at Hertfordshire close to London without applying for international travel documents or be in the possession of any documents.

His Indian passport which has been revoked after he left for London, will be with Scotland Yard.

The TOI report quoted Mallya’s counsel in Mumbai, Amit Desai who said the proceedings may last a total of six months to a year before the UK court decides whether to send Mallya back or not.

CBI officials that Zee Business spoke to, said, "Vijay Mallya has been arrested on the request of CBI on February 8, 2017," adding," CBI had sent a formal extradition request on IDBI bank loan case. In this case charge sheet had been filed on January 24,  2017. This case was registered on July 29, 2015."

Also Read: India will have to go through long process to bring Mallya back

After his arrest Mallya tweeted about the ‘media hype’ and his extradition hearing.

Glad that some media are putting facts in perspective. Surrender of passport, arrest,bail all part of normal extradition proceedings.

A year ago, Mallya made a quite exit to London via Delhi on March 2, 2016. He has been on the wilful defaulter’s list since 2015 and was being probed by the Central Bureau of Investigation (CBI) for defaulting on loan repayments worth over Rs 9000 crores.

A third attempt to bring Vijay Mallya back to India from the United Kingdoms was set in motion on February 9 via the Ministry of External Affairs (MEA). India handed over a request for the liquor baron’s extradition to the British High Commission in New Delhi.

State Bank of India on several occasions tried to auction off Mallya’s properties including his private jet, property in Vile Parle and Goa and cars among others.