PM Narendra Modi today flagged off the indigenously-built Train 18 aka Vande Bharat Express, which has been dubbed the fastest train in India. 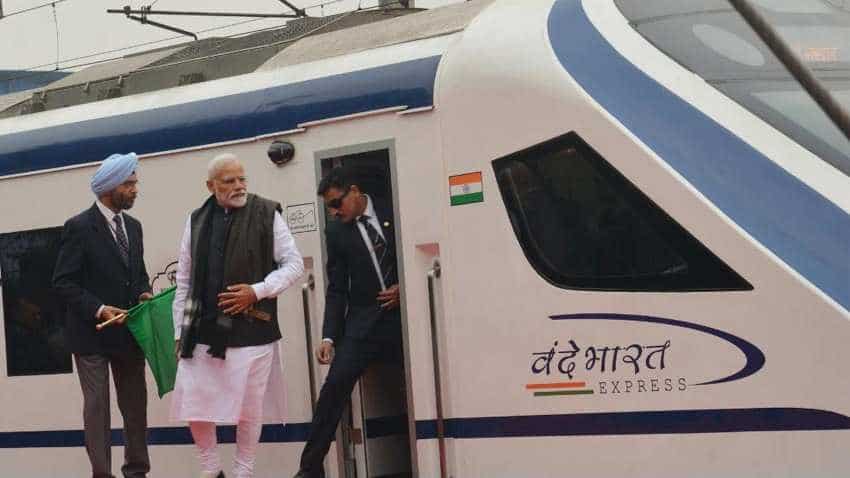 Vande Bharat Express: The 16-coach train, built in 18 months at a cost of Rs 97 crores, is the first engine-less train in India. (Photo: ZeeBiz)

Indian Railways is all set to enter in what can be termed its golden period! This is courtesy Train 18, the fastest train in India, which is also an engine-less wonder. Prime Minister Narendra Modi flagged off the indigenously-built Train 18 aka Vande Bharat Express today. The first train set will ply between New Delhi and Varanasi. Railways Minister Piyush Goyal, who was onboard the Vande Bharat Express revealed to the media on board the train that Train 18 is a big achievement of Indian Railways. He also made another big revelation by saying, "Indian Railways has given tender for 30 more sets of Train 18. Soon, orders for 100 more such train sets will be placed," said Goyal.

Considering that the train has become such a big success even before its launch, already talk has started about increasing its capacity to provide added services to passengers. A senior ICF official told ZeeBiz.Com exclusively that the ICF is making changes in the train pantry to make it more spacious as desired by the IRCTC. 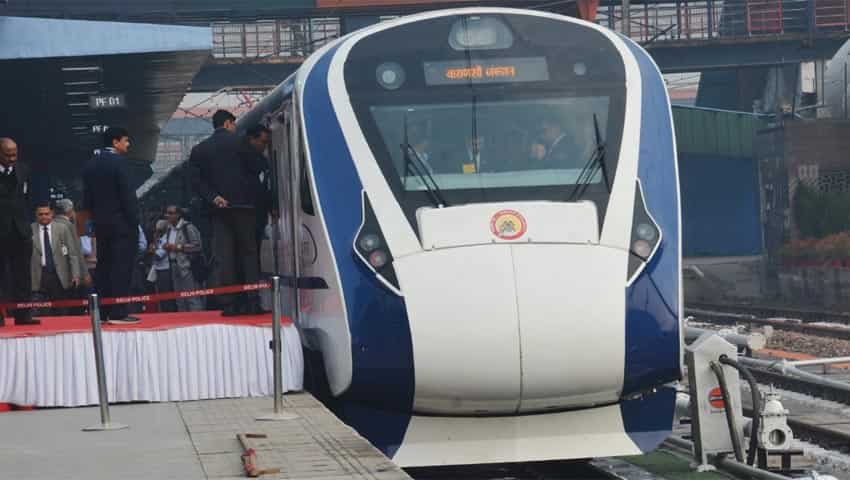 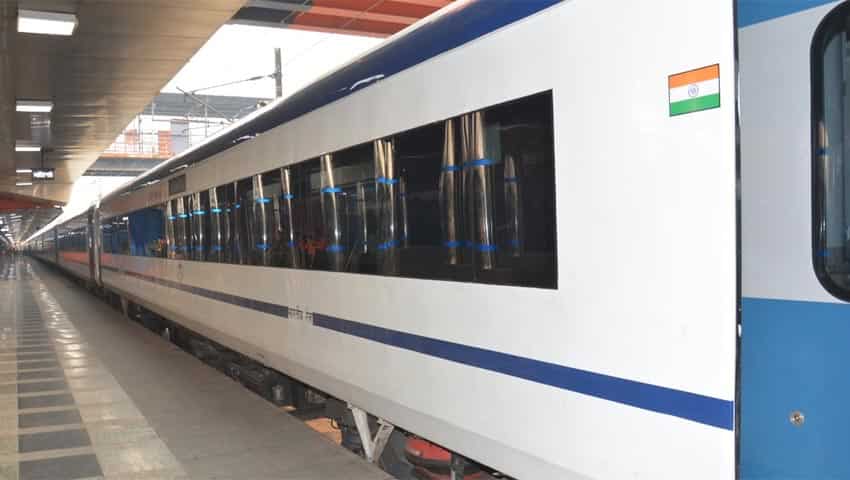 The Integral Coach Factory, which built the state-of-the-art Train 18, is working on the second set of the Train 18. It is expected to roll out the second train set by the end of March, 2019.

The 16-coach train, built in 18 months at a cost of Rs 97 crores, is the first engine-less train in India. The train has two executive compartments with a seating capacity of 52 seats each and 14 trailer coaches with 78 seats each. The executive class has 360-degree rotating seats to match the direction of the train and allows passengers to enjoy the outside scenic beauty.

(With inputs from Vivek Tiwari)