US H1B visa, green card unavailable, here is how Indian techies look to get into America now 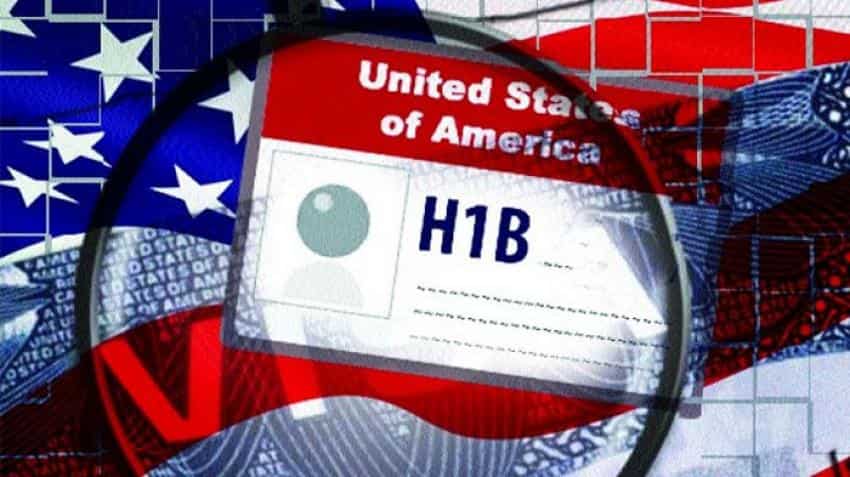 With the US government making it tougher to get H1-B visas and green card or US citizenship, Indian techies are taking another route to enter and stay permanently in the hallowed land. Image source: PTI
Written By: ZeeBiz WebTeam
RELATED NEWS

US visa: Trump urges court not to block work permits to spouses of H1B visa-holders

With the US government making it tougher to get H1-B visas and green card or US citizenship, Indian techies are taking another route to enter and stay permanently in the hallowed land. EB-5 visas - issued to high net-worth individuals looking to migrate to the US - are becoming popular among Indian IT professionals looking to continue working in the US or in some cases, even begin.

And according to LCR Capital, the company that provides EB-5 visa services, an estimated 50% of Indian EB-5 investment comes from Bangalore, Mumbai and Delhi, 20% from Gujarat and 30% from the rest of the country that includes Hyderabad, Chennai, Pune, Kolkata.

“The EB-5 investment programme is quite popular amongst the F-1 visa students and H- 1B working professionals in the US,” Tandon said.

“In the past year, there were over 500 EB-5 visa applications out of India. This number has mostly been compiled from various industry stakeholders like immigration lawyers, EB-5 broker-dealers, regional centres. The number of applicants from India is only expected to go higher in the coming years,” Tandon said.

EB-5, according to Rogelio Caceres, co-founder and COO, LCR Capital, is the fastest and safest path to permanent US residency and a green card. All one needs to do is invest $500,000 in the US and provide jobs to at least 10 US nationals to secure an EB-5 visa. “Hence, the urgency to apply among students and Silicon Valley professionals. 30-40% is an adjustment of status filings by software professionals or students already in the US and seeking a green card.”

On growth opportunities, Caceres said, “We have seen heightened interest by Indian nationals during this period as they would like to invest before the minimum investment amount increases”.

The investments that come through are most commonly into real estate and/or construction/development related projects in the form of a loan or preferred equity as ventures like these tend to create the highest number of jobs which is a key requirement of EB-5, Tandon said, adding the projects can be commercial, residential, mixed-use, industrial and infrastructure related.

LCR Capital is of the view that most EB-5 investments flow into New York, Massachusetts, Florida, Texas and California.

Meanwhile, EB5 BRICS’s Tandon expects China to slow down further due to visa availability backlogs, but estimates the numbers from India would double this year, crossing 1,000 applications.

“Countries such as Vietnam are growing at a fast pace as well. India will likely be the No.2 source of EB-5 investments behind China, which is still far ahead. However, if there is a significant increase in the minimum investment amount, India may cool off for a bit,” he said.

LCR, whose primary client base is global high net worth investors from Latin America, China, India, and the Middle East, said many of its clients are Indian students and H-1B visa holders, especially IT professionals, staying in the US.

“These individuals want to avoid the uncertainty and cumbersome process of waiting in line for this H-1B, which is why they have opted for the EB-5 immigrant investment visa programme.”

There is a cap of 10,000 green cards that can be issued per year. However, the applications are far more in number than can be processed. While China has exhausted its limit, India is yet to do so. “In 2016, India filed 354 cases. We believe that in 2017 -2018 (US financial year) the number of cases would significantly increase, pushing India closer to reaching the cap of 700 visas per year. On an average, we expect the Indian market to grow by 15-20% each year. At present India is the fifth or sixth largest EB-5 applicant behind China, Vietnam, and others,” it said.

According to CanAm Investor Services, the applicants from India for EB-5 visas could decline by up to 80% if the US hikes the investment cap of $5,00,000 now to the proposed $1.3 million. In anticipation of this rise, it was earlier reported that a lot of wealthy Indians have been rushing to apply for the visa.

With the rise in awareness around the programme and the number of I-526 applications filed India will become the second or third largest EB-5 market in the world in the near future, LCR Capital said.

Each of their client/potential clients that fall under the broad category of aspirants interested in emigrating to the US, include parents of 15-20-year-olds who aspire to relocate to the US, CXOs / professionals with admirable educational backgrounds, substantial career and wealth growth, and who would prefer their children to experience a US-based education and career.

US visa: Trump urges court not to block work permits to spouses of H1B visa-holders