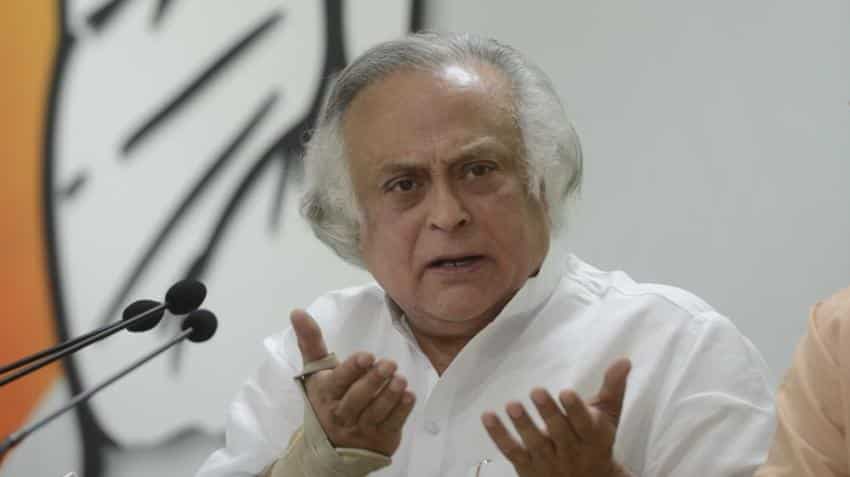 Alleging that the Reserve Bank of India (RBI) was kept in the dark by the government about its surprise demonetisation move, the Congress on Saturday said the central bank's Governor Urjit Patel has sacrificed its autonomy.

"Urjit Patel is either guilty of misleading the nation about RBI's preparedness on demonetisation or has sacrificed the autonomy of the RBI. Either way he should resign," party spokesperson Jairam Ramesh said in the Congress mouthpiece National Herald.

"RBI is the monetary authority of India and is solely responsible for making bank notes available to all residents of India. If the RBI headed by Patel gave its approval to the Prime Minister's demonetisation plan, then ostensibly the RBI was confident of making currency notes available easily," Ramesh said.

But there are not enough notes in the system and this shortage can continue for at least a few more weeks, if not months, he added.

Questioning the RBI Governor's stoic silence through the entire currency crisis of the last two weeks, Ramesh said the central bank is independent and autonomous and needs to clarify on the current situation.

"How can the head of the RBI that is solely responsible for the current currency crisis not been seen clarifying and assuring the nation amid this grave crisis?" he said.

"The government speaking on the situation is not the same as the RBI speaking, since the central bank is independent and autonomous, as it should be. Or is it?" he added.

The RBI Governor has sacrificed the independence of the apex bank and might not have been honest with his views on the entire demonetisation process, he added.

Patel was appointed as the RBI Governor this September by the Prime Minister Narendra Modi government.