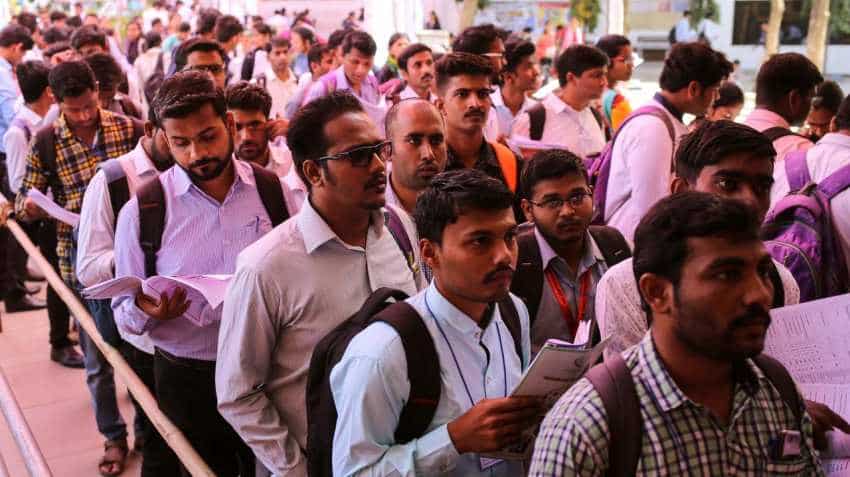 UPSSSC Admit Card 2019: For Lower Subordinate Services (General Selection) Competitive Examination 2018-19 for the post of Asst Consolidation Officer/ Asst Rectification Officer, Supply Inspector, Marketing Inspector, Asst Garden Inspector, Additional District Information Officer, Executive Officer and Revenue Officer, the Uttar Pradesh Subordinate Services Selection Commission (UPSSSC) has released the admit card at its official website- www.upsssc.gov.in. Those who have applied for these posts can download their UPSSSC Admit Card for the Lower Subordinate exams on September 30, October 1, 2019 from 10 AM from 12 Noon and 3 PM to 5 PM in total four shifts at the various centers.

Candidates can download UPSSSC Lower Subordinate Admit Card 2019 by providing their Registration No, DOB and Gender at the link given below:

1. Candidates should visit the UPSSSC's official portal - www.upsssc.gov.in
2. They should Click on the link--‘Click here to Download your admit card for the exam schedule on 30.09.2019 and 01.10.2019 under the advertisement number -01-Exam/2019’
3. As they click, a new window will open for you to provide your details
4. Now you can download your print it and save it for the future purposes

The Subordinate Services Selection Board was established by the Uttar Pradesh government through an Ordinance in 1988 which was later on replaced by an act No.7 of 1988, for direct recruitment to all such group ‘C’ posts as may be specified by the state government by notification in this behalf.

Realising the difficulty in recruitment on Group ‘C’ posts in the administrative departments of the state, the present Commission was established again by “the Uttar Pradesh Subordinate Services Selection commission Act, 2014” which came in force on June 20, 2014. On the resignation of then Chairman and five of its members on 6th April, 2017, present Commission was reconstituted and incumbent Chairman and members joined the Commission in later half of January, 2018.