As a launch process, the first flight took off from Lal Bahadur Shastri International Airport at Babatpur at around 6:20 pm yesterday. Now there will be a flight scheduled twice a week on Mondays and Fridays. People can approach for their bookings. 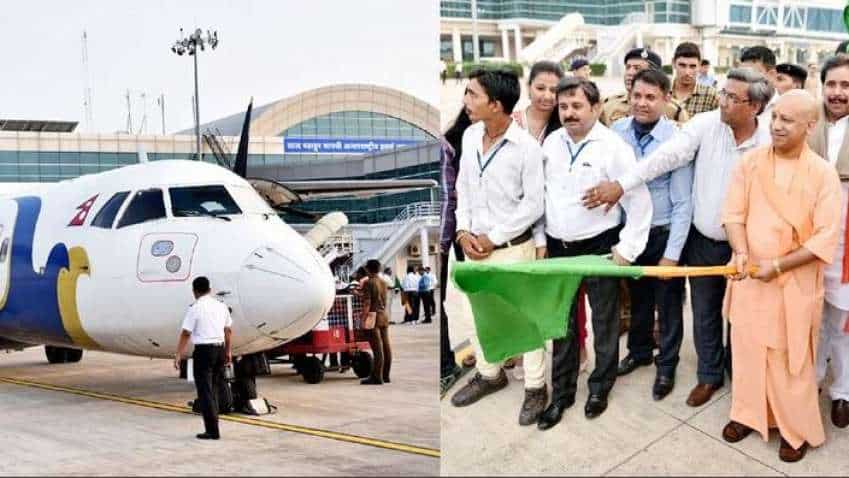 Traveling to Kathmandu from Varanasi has now become easier and flexible for many passengers. A direct flight from Kathmandu to Varanasi has been flagged off from Varanasi yesterday. Uttar Pradesh Chief Minister Yogi Adityanath flagged off a direct flight between the two mentioned cities. Adityanath twitted about the launch of air service and posted pictures. Buddha Air Pvt Ltd launched the first air service from Varanasi, a city in Uttar Pradesh to Kathmandu, Capital of Nepal.

As a launch process, the first flight took off from Lal Bahadur Shastri International Airport at Babatpur at around 6:20 pm yesterday. Now there will be a flight scheduled twice a week on Mondays and Fridays. People can approach for their bookings.

Yogi Adityanath, CM Uttar Pradesh is expecting a positive impact on the tourism industry after the launch of this new direct flight from Varanasi to Kathmandu. It will attract the tourists from Uttar Pradesh to Nepal.

Buddha Air Pvt. Ltd is the first airline to start direct flights from Kathmandu to Varanasi.

Recently Jet Airways started a new additional flight between New Delhi and Bangladesh capital Dhaka. The flight is going to provide the service in this sector four times a week. It will fly on Mondays, Tuesdays, Wednesdays, and Saturdays.

The new light can help to enhance the economic ties between India and Bangladesh. Guests from Bangladesh will also have a convenient travel option to international destinations.

Tickets for new services are available from INR 28,790 onwards for a return economy flight. A premiere return ticket is available for INR 93,096 and upwards. One way fares start at INR 16,649 and INR 62,618 for Economy and Premiere, respectively.