Union Budget 2019: The government also needs to focus on long-ignored manufacturing sector which has potential to transform not only economy but also to create maximum job opportunity. 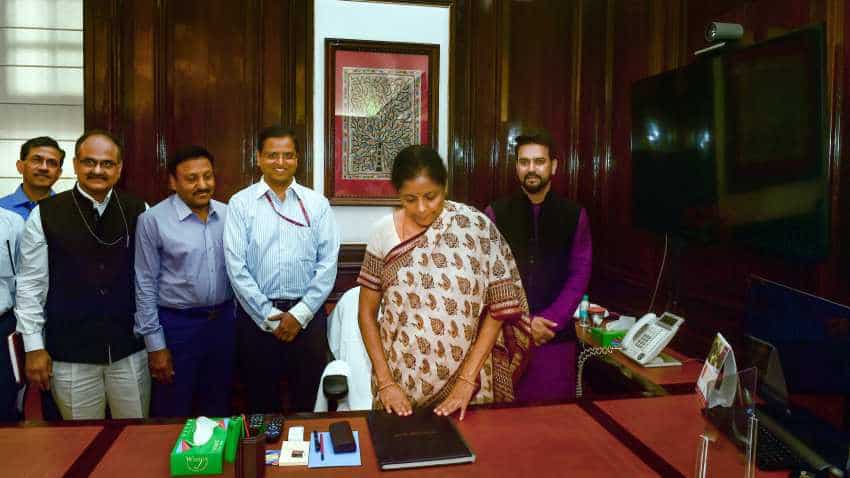 Infrastructural bottlenecks including power, water and urban transport, are still the norm, rather the exception. Image source: PTI

Union Budget 2019: In the ongoing session of Parliament, Finance Minister Nirmala Sitharaman is scheduled to present her maiden Budget on July 5. Apart from agriculture, healthcare is another sector which is likely to receieve a major thrust of the government, which is striving hard to evolve an effective system to provide overall health and wellness to about 50 crore people under the Ayushman Bharat Yojana launched in September 2018. It also needs to focus on long-ignored manufacturing sector which has potential to transform not only economy but also to create maximum job opportunity.

There are other key issues that need Finance Minister Nirmala Sitharaman's attention in the annual financial statement, according to Shankar Prasad, Founder, Pureplay skin sciences (India).

Infrastructural bottlenecks including power, water and urban transport, are still the norm, rather the exception. Besides fund allocation, taking steps to improve the speed of execution of infrastructure projects would greatly improve the speed and efficiency of doing business, and would also make us export-competitive.

2. Incentives for small and medium-scale manufacturing

According to Shankar Prasad, "It is becoming amply clear that agriculture cannot support the existing workforce dependent on it, leave alone create new jobs. A lot of the surplus agricultural workforce is being absorbed directly into services, but largely in unskilled jobs. Manufacturing is a long-ignored sector that has the potential to transform the economy. Simply put, we need to make things easier for the manufacturing sector, and the reforms have to span land, labour, capital access, tax incentives and ease of compliance. A lot needs to be done here."

Advocating simplification of taxes, he said, "We have drifted away from a simple customs duty structure, to a multi-tiered one with confusing structures. This is leading to disputes, incorrect assessment and precious time and money lost while clearing shipments. It would help to have a single rate of customs duty for most items, other than those in special categories."

According to the founder, Pureplay skin sciences, "The intent here was to get large online companies like Facebook and Google to stop tax-arbitraging. What is happening in reality is that it is business-as-usual for these large corporations, and the additional financial and compliance burden of equalization levy is falling on small advertisers which have no better option than these online giants to advertise with. It's an idea whose time and utility have both come and gone. Neither is it resulting in any substantial revenue mop-up for the treasury."