Union Budget 2019 to be presented in first week of July: Sources 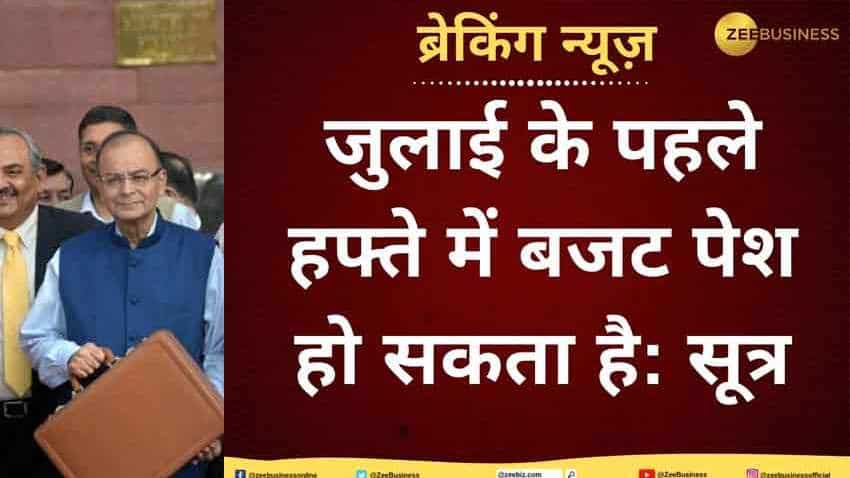 Union Budget 2019 is set to be presented in July, little over a month after the new government takes charge. Source - PTI/Zee Business TV.

Union Budget 2019 is set to be presented in July, little over a month after the new government takes charge, sources confirmed to Zee Business TV. The newly elected government is set to take oath on Thursday evening at 7 pm with Narendra Modi returning as prime minister for another five years. According to sources, the budget will be presented in the first week of July itself. The first task in hand for the new finance minister would be ensure that the economy stays on the right track and continues to grow, something Ficci also pointed out in its pre-budget memorandum to the finance ministry

Amidst the rising uncertainties and economic challenges on both domestic and global front, there is an urgent need to re-energise the engines of growth and pump-prime the economy, the chamber said. "The upcoming Union Budget 2019-20 is an opportunity for the government to boost consumption and investments through appropriate fiscal stimulus and policies," it added.

To spur growth, Ficci has sought reduction in corporate tax and abolition of Minimum Alternate Tax (MAT). "The Union Budget should be leveraged to boost business sentiments and encourage greater investments. Corporate tax rate for all companies should be brought down to 25 per cent, as had been proposed earlier," it said. In the 2015-16 budget, the government had announced that the corporate tax rate would be gradually lowered to 25 per cent from 30 per cent over the next four years and exemptions available to companies would be phased out.

Earlier this year, the government had presented an interim budget where it announced tax rebate to salaried class with income up to Rs 5 lakh. The interim finance minister Piyush Goyal had said that if the government manages to retain power, more benefits would be extended to people in the full budget.

The new budget would be presented without one of the key members of the Modi government during its first tenure - Arun Jaitley. The former finance minister wrote a letter to Modi requesting that he not  be given any responsibility in the new government for health reasons. "I am writing to you to formally request you that I should be allowed a reasonable time for myself, my treatment and my health and therefore, not be a part of any responsibility, for the present, in the new government," Jaitley said in his letter to Modi.

Jaitley was the finance minister when major key decisions like GST and demonetisation were implemented by the Modi government.