It is unbelievable, but quite true that 1 kg of brinjal is being priced at a dirt cheap 20 paise in this region, according to Hindustan newspaper. 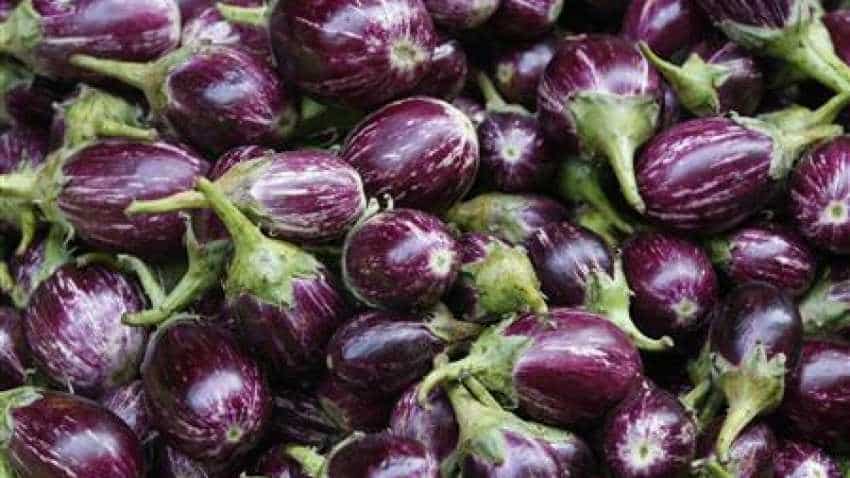 1 kg of brinjal is being priced at a dirt cheap 20 paise in this region. Source: Reuters
Written By: ZeeBiz WebTeam

Farmers are the backbone of this country! That is a truism. However, what are they getting for the back-breaking work that they do to feed the nation? It is unbelievable, but quite true that 1 kg of brinjal is being priced at a dirt cheap 20 paise in this region, according to Hindustan newspaper.

Prices like these has driven farmers to agitate for a hike in the value of their agricultural produce. In the current instance, in Rahata taluk, Ahmednagar, farmers who had grown brinjals with a lot of hard work and sweat, ultimately ended up trashing their own produce as selling it in the market was fetching them peanuts.

Rajendra Bawake, a farmer told Hindustan, "I had sown seeds in about 2 acres of land and had laid out proper pipes for drip irrigation. I'd invested Rs. 2,00,000 in manure, pesticides, fertilizers and various other techniques but my revenue generation was only Rs. 65,000."

He added that he has a loan of Rs. 35,000 which he needs to repay but when he tried to sell the produce in Gujarat and Maharashtra, he got nothing more than 20 paise per kilogram which left him very disappointed and as a result of which, disappointment triggered him to ruin his own crop. Elsewhere, just a day earlier, it was reported that onion was selling at just Rs 1.40 per kg in Nashik.