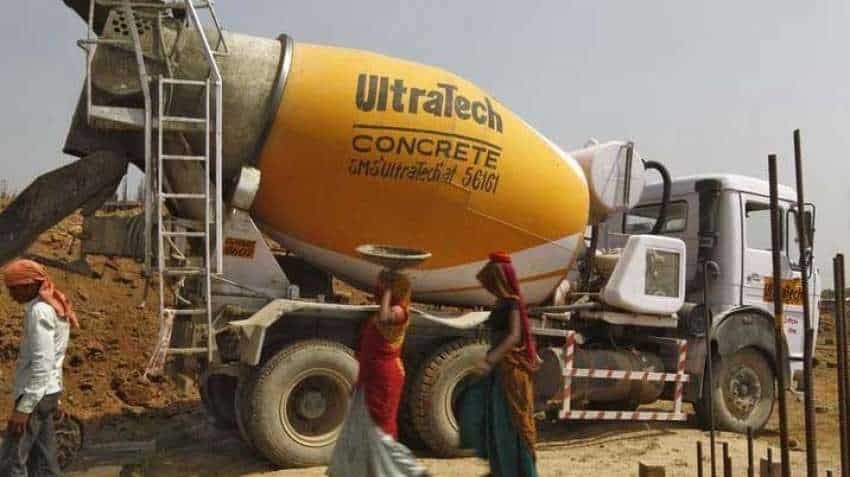 In Q2 FY 21, UltraTech Cement displayed outstanding performance led by higher than expected volume growth, rise in operating margins and reduction in net debt. Rise in pet coke prices is expected to get replicated with cheaper imported coal limiting the impact on profitability going ahead. FY2022 is expected to be a strong year in terms of volume growth which along with limited capacity addition is expected to maintain a healthy pricing discipline trend in the industry benefitting UltraTech.

CLSA maintains their BUY rating, raised target price of Rs 5,600 from Rs 5,000. CLSA says Q2 results indicate strong performance on all parameters and drives 30% EBITDA beat. Ultratech reported a 30% beat of Q2 EBITDA with robust volume growth (+8% YoY, higher than the industry) and high profitability (Rs1,383/t). Its volume outlook improved further with October utilisation at 80%-85% (Q2: 66%). Ultratech expects to post a flat to 5% YoY volume decline in FY21, though costs are rising. While higher volume and profitability are likely to drive EBITDA, the benefits of financial leverage will boost its EPS and returns. Deleveraging also remains on track. At a 11.3x FY22 EV/EBITDA CLSA sees risk reward as attractive.

Motilal Oswal reiterates buy on UltraTech cement with target of Rs 5600. They value Ultratech at 14x FY22E EV/EBITDA to arrive at this target. Ultratech remains their top pick in the cement sector. Q2 FY21 result highlights the execution of its planned cost rationalization and de-leveraging roadmap. While volume growth was above industry at 7% YoY, per ton cost fell 7% YoY to Rs 3,818/t driving per ton EBITDA to Rs R1,344 (+31% YoY), highest ever for seasonally weak Q2.

Net debt declined further by Rs 25.2b QoQ to Rs 121 bn (1.2x TTM EBITDA).  Motilal Oswal estimated 13%/ 27% CAGR in consolidated EBITDA/ PAT over FY20-22E driven by 5% CAGR in volumes, lower operating costs and interest costs. The valuation is reasonable at 11.7x FY22E EV/EBITDA and USD177/t of capacity, a 25% discount to its past five-year average and 30% cheaper than peer Shree Cement v/s the historical average of 10%.

Strong beat on positive surprises across the board:

After ACC results, Ultratech Cement went one step further and posted an even bigger beat to expectations and positively surprised on volumes, prices and costs. Consolidated EBITDA of Rs 27 bn (+41% YoY) was 36% ahead of HSBC expectations and 37% ahead of consensus. In a deviation from the trend of underperforming industry over the past few quarters, consolidated volumes (20.1mt) moved decisively in growth territory (+7% YoY) and came in ahead of industry (HSBC expects industry volumes in Q2 to be flat).

Strong operating performance and working capital release has continued to support deleveraging at Ultratech. Consolidated net debt has further reduced by Rs 25.2bn to Rs 121 bn in Q2 FY21. As a result, net debt/EBITDA has improved to 1.11x from a peak of 2.64x in FY19. HSBC forecasts net debt/EBITDA ratio improving further to 0.6x in FY22e.

After robust volume growth in Q2, it is clear that HSBC had underestimated the pace of demand recovery for the industry and companies ability to reverse the market share loss trend seen in the prior quarters. Management expects the volume growth trajectory to continue in second half of FY21. HSBC lift their FY21-23e EBITDA estimates by 4-16% largely driven by higher volumes and partially by lower costs. They have also raised our EBITDA multiple to 13.0x (from 11.5x), in line with the long-term average, as the stock is unlikely to de-rate after beating expectations across the board.

Edelweiss maintains buy rating on Ultratech Cement, with revised price target of Rs 5378. The company posted massive volume growth, up 8% YoY versus our estimate of 1%. That’s not all; it expressed confidence that the industry would continue to grow YoY in secong half of FY21 as well. Realisations surprised too, coming off 4% QoQ (versus a 7% dip we estimated) and latest channel checks suggest price recovery is already underway. With Q2 FY21 consolidated EBITDA surging 40% YoY (beating our estimate by 54% and consensus by 40%) and factoring in the underlying positivity around demand and price, Edelweiss is raising FY21E/FY22E EBITDA by 18%/9%.

Nirmal Bang maintains buy rating on the Ultratech cement, revised target to Rs 5,640; remains top pick in large cap cement space. Ultratech Cement has reported a stellar set of numbers for Q2 FY21, contrary to consensus estimates, with a huge EBITDA beat of 30%. Clearly, the message from the results is that not only has there been a smart recovery in volume, even pricing and costs are favourable, leading to sharp margin uptick. Ultratech has not only reported better than industry volume growth in Q2 FY21, but even the QoQ pricing decline has been lower than industry average. The management had earlier guided for approximately 10% reduction in fixed overheads in FY21 and has exceeded that target already in the first half of FY21. Given the unprecedented and strong demand momentum in rural areas and expectation of continuation of this recovery as urban and infrastructure demand comes back, Nirmal Bang believes that strong demand driven earnings recovery for the cement sector will continue in FY22 as well.