UIDAI has clearly listed the required documents on its website uidai.gov.in that can work as identity, date of birth and address proof for an Aadhaar card applicant. 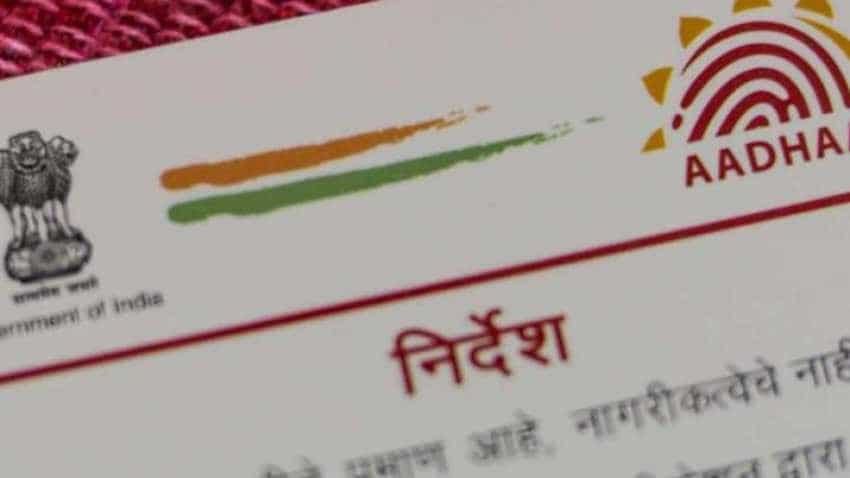 Aadhar card applicant should note that he or she need not produce two photocopies of the same documents that are meant for two purposes. Photo: PTI

Aadhaar card has become one of the most important documents these days. Those, who haven't applied for their Aadhaar card should apply for it by visiting the nearest Aadhaar enrolment center with documents that prove their date of birth, address and their identity. The applicant needs to bring both original and a photocopy of the documents he or she is producing as their date of birth, identity and address proof. Along with that, they need to submit a duly filled Aadhaar card enrollment form which would be made available to the applicant a the Aadhaar care center.

For documentation, as said earlier, one needs to produce proof of identity, address and date of birth and the documents are already being mentioned by the UIADAI which is as follows:

6] If employed with Government/PSU, photo ID card of the employer;

15] Address ID card with name and address issued by the Department of Posts;

16] Photo ID certificate issued by the Gazetted Officer or Tehsildar on their letter head;

For date of birth authentication, the UIDAI has listed the following list of documents:

9] Electricity Bill (It should not be more than 3 months old);

10] Property Tax Receipt (It should not be more than 1 year old);

11] Landline Telephone Bill (It should not be more than 3 months old);

12] Credit Card Statement (It should not be more than 3 months old);

13] Signed Letter that has Photo from the Bank on a letterhead;

15] Signed Letter that has Photo and is issued by a Recognized Educational Institution on a letterhead;

16] Signed Letter that has Photo and is issued by a registered Company on a letterhead;

24] Certificate of Address that issued by the head of Village Panchayat or an equivalent authority (for rural areas);

25] Certificate of Address that has the photo and is issued by an MLA or MP or Tehsildar or Gazetted Officer on a letterhead;

28] Caste and Domicile Certificate that has the photo and is issued by the State Government;

29] Address Card that has the photo and is issued by the Department of Posts;

30] Gas Connection Bill (It should not be more than 3 months old);

31] Disability ID Card or handicapped medical certificate that is issued by the respective State or Union Territory Government or Administrators;

32] Passport of Parents (in case of minors);

34] Marriage Certificate that has the address and is issued by the Government; and

35] Allotment Letter of accommodation that is issued by the State or Central government and is not older than 3 years.

For date of birth proof, the government of India has finalised the list which is as follows:

5] Certificate of Date of Birth that is issued by Group A Gazetted Officer on a letterhead;

7] Mark sheet that has been issued by any Government University or Board;

The Aadhaar card applicant should note that he or she need not produce two photocopies of the same documents that are meant for two purposes. For example, if someone is submitting PAN card for identity proof, it would work as a date of birth proof also. In that case, one need not submit two photocopies of his or her PAN card as one would be enough to do the needful.