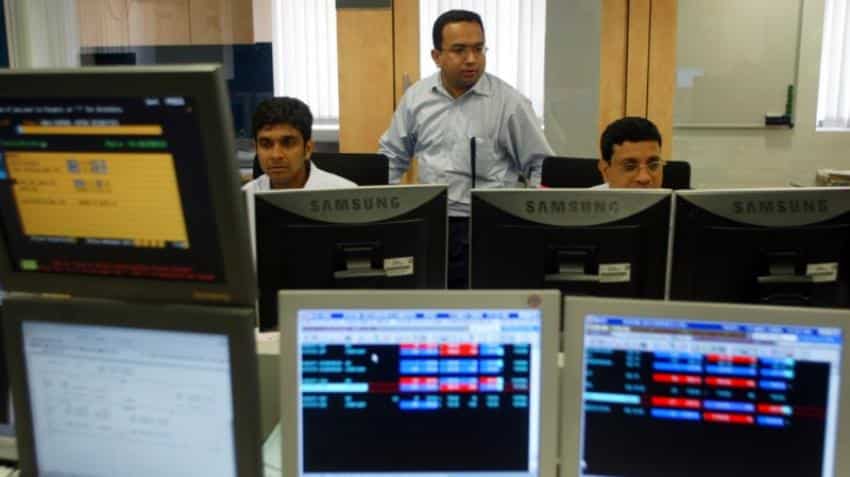 smallcap, midcap stocks appear to be on track to deliver similar growth as that for largecaps. Image source: Reuters
Written By: ZeeBiz WebTeam
RELATED NEWS

"We have analysed the role of interest rates and local retail flows and overlaid these with valuations and fundamentals. Conclusion: We reiterate our anti-consensus Underweight SMIDS call in our portfolio recommendation. Our analysis of returns dispersions in different caps' indices suggest higher alpha in SMIDS – our top ideas are bottom-up driven," said UBS Securities in a report.

UBS believes higher interest rates are overhang for SMIDS’ relative performance, unlike before. "The rise in interest rates is not counter-cyclical. SMIDS have started underperforming with rising interest rates recently. We expect this to remain an overhang," the report said.
UBS economists forecast a 50 basis points repo rate hike in FY19.

Historically, foreign inflows have ruled the roost in Indian stock market. However, mutual fund inflows thanks to retail participation have taken centrestage now.

"Historically, foreign flows have mattered more for Indian markets (for all levels of capitalisation). Over the past two years, for SMIDS indices, our analysis suggests mutual funds (MF) flows clearly have had more relevance than foreign flows and the impact has also been more than that for largecaps," said UBS.

"Our analysis also suggests the increased role of portfolio management services (PMS) flows for SMIDS, which appear to be inherently more volatile. We expect the strong local MF flows to fade as demonetisation-led liquidity abates and if interest rates rise," the report added.

The smallcap and midcap stocks are trading at nearly 20 per cent premium to Nifty one-year forward PE. The premium is starker if we look at PE on a trailing earnings basis, reflecting inherently higher growth expectations for SMIDS being priced in, said UBS.

SMIDS appear to be on track to deliver similar growth as that for largecaps in FY18E. SMIDS are also much more levered, though deleveraging a bit faster, said UBS.