TV viewers can now pick and choose their favorite channels and only pay for those selected unlike earlier times. 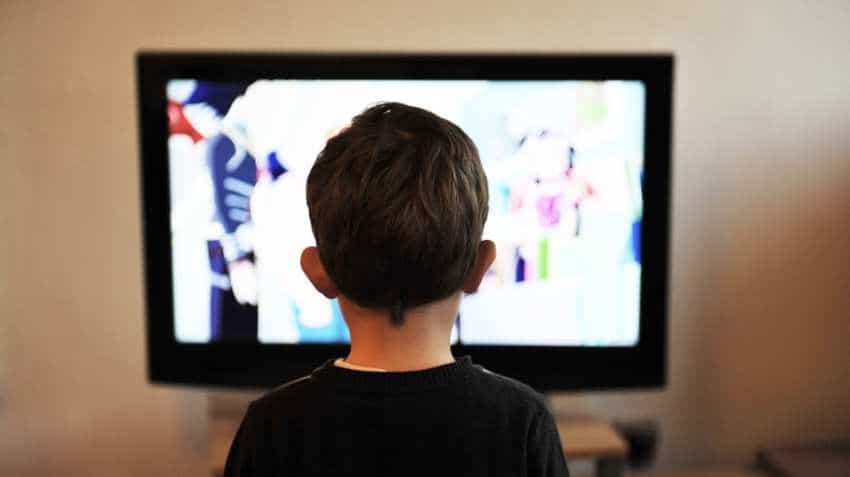 A new rule has been introduced by the telecom regulator TRAI, which will make watching TV even more exciting for viewers. TRAI has now asked viewers to pick and choose their favorite channels and only pay for those selected. This makes it easier for TV viewers to pay less than the earlier system where they had to pay for a bundle of channels that were pushed to them at a fixed rate, irrespective of whether you watched every channel or not. The new rule further states that TV channels can now be offered either in packs or on a-la-carte basis and every Standard Definition (SD) and High Definition (HD) channel is capped at Rs 19. TV viewers can view individual channel prices on the electronic program guide of their set top boxes. 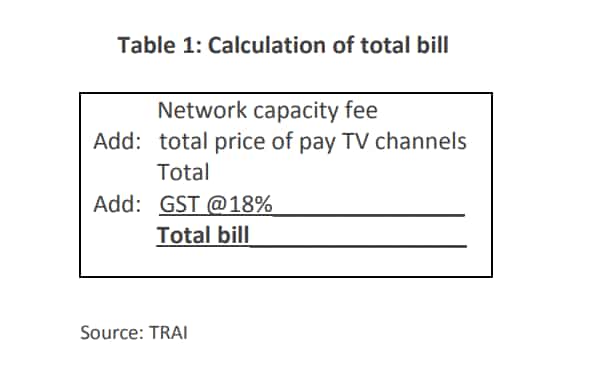 Talking about this new development, Madan Sabnavis (Economists) and Vahishta M. Unwalla (Research Analysts) at CARE Rating in their research note said, “Network Capacity Fee (NCF) is the amount charged to a subscriber by distributor for receiving TV channel signals. NCF for the initial 100 SD channels is capped at Rs.130/month. However the distributor is allowed to offer at a discounted price. Out of these 100 channels, 25 are mandatory Free To Air (FTA) Doordarshan channels. For channels beyond 100, NCF will be charged at Rs. 20 for every 25 additional channels. This ensures that distribution platforms get remunerated for last mile delivery of content.”

However, if he decides to take an additional FTA channel, total number of channels sums to 101 (i.e. 25 mandatory FTA channels + 76 chosen FTA channels). This leads to an addition of Rs.20 to network capacity fee, which makes the total bill Rs. 177/month (inclusive of tax).

This shows that, a TV viewer has a choice to choose  SD/HD pay channels to his or her list. The duo at CARE said, “The calculations for the bill in this case remain the same, except for the addition of price of chosen SD/HD pay channels.”

Let’s compare your bills before and after TRAI’s order, as per CARE.

Before TRAI’s order - Generally a subscriber in an urban area is billed between Rs 400 to Rs 500 for  on an offering of about 800 SD channels. 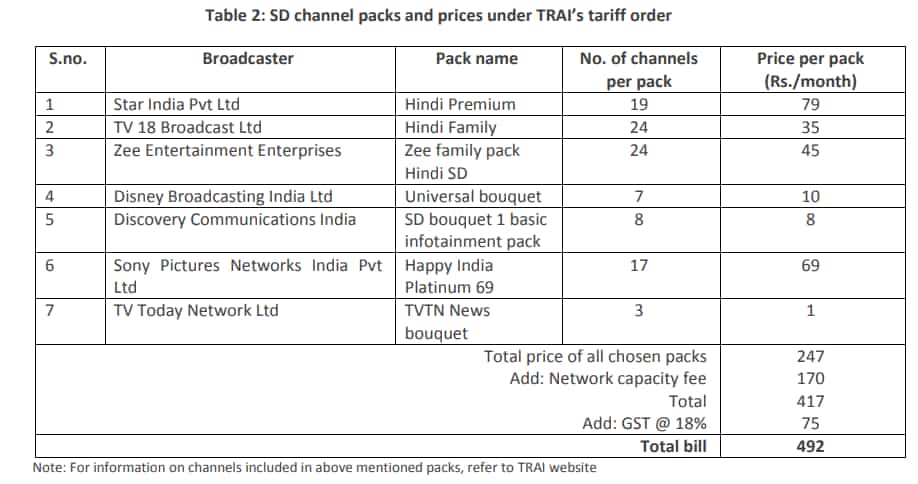 For TV channel subscribers, CARE says, “The new tariff order is framed to favour TV viewers. Whether the benefit accrues is yet to be seen in coming months. Monthly bill may for a subscriber or may not rise, depending on an individual’s preference of channels and price of selected channels.”

In case of broadcasters, CARE reveals that, the top broadcasters with quality content could see themselves benefiting from the tariff order, as they possess loyal audience which brings along pricing power.

As for distributors, CARE believes, distributors, who are already facing pressure in recent period due to increasing penetration of OTT players, may start offering heavy discounts in coming months so as to combat competition and sustain in the market. This can benefit the TV channel subscribers whose bill amount could get reduced.

Hence, now your cable data has more room to become cheap! TRAI has extended the deadline for TV viewers to switch to their choice of channels by March 31, 2019.