The Bharatiya Janata Party also made history in Kerala where its veteran O. Rajagopal, 86, was elected from Nemom in Thiruvananthapuram. He will be the first ever BJP member in the Kerala assembly. 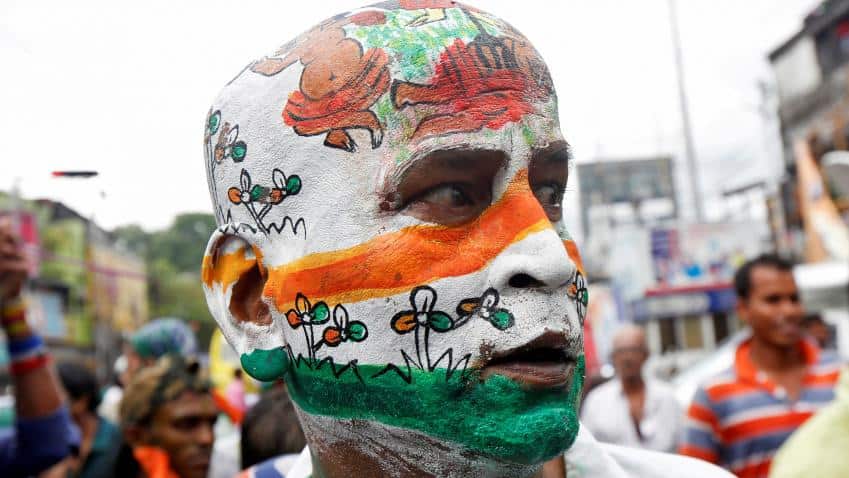 West Bengal`s ruling Trinamool Congress on Thursday crushed the opposition and Tamil Nadu`s AIADMK proved exit polls wrong by retaining power in assembly elections, the biggest popularity test after the 2014 Lok Sabha polls. The BJP stormed to power in Assam while the Left made a comeback in Kerala amid a washout in West Bengal.

The Congress was the worst hit in the five-state election, losing power both in Assam, which it had ruled for 15 long years, and Kerala, where it was confident of winning its second term. The Congress-DMK alliance was, however, ahead of the ruling All India N.R. Congress in Puducherry.

The Bharatiya Janata Party also made history in Kerala where its veteran O. Rajagopal, 86, was elected from Nemom in Thiruvananthapuram. He will be the first ever BJP member in the Kerala assembly.

"Across India, people are placing their faith in (the) BJP and see it as the party that can usher in all-round and inclusive development," he tweeted.

Riding on the development plank, Banerjee led the Trinamool to a landslide win, leading in 214 or more than two-thirds of the seats in the 294-member Bengal assembly.

The Congress-Left combine, which had hoped to unseat Banerjee, was left gasping. The Congress was poised to win 44 seats while the Left, headed by the CPI-M, just 30 seats, a far cry from the times it had vice-like grip over West Bengal.

As Trinamool supporters celebrated wildly, Banerjee said a campaign of slander and lies led to her party`s sweeping win. "People do not like such campaigns. There were all sorts of alliances against us. But people have ultimately made their choice.

"This is for the first time in 49 years that such a massive mandate has been given to a single party," said Banerjee, whose party hopes to win a whopping 212 seats.

Tamil Nadu produced a spectacular result. The AIADMK was set to grab 126 of the 234 seats, leaving the DMK-Congress combine with 102 seats, but far more than what it won in 2011. Almost all other parties were wiped out.

An elated Jayalalithaa said: "There are not enough words in dictionary to adequately express my feelings of gratitude to the people of Tamil Nadu."

Most exit polls had predicted that the AIADMK would be unseated.

There were noisy celebrations outside Jayalalithaa`s residence in Chennai. Holding her portraits, supporters danced to music and burst firecrackers.

But Chennai, battered by floods in December, dumped the AIADMK. Its candidates trailed in 12 of the 16 constituencies. Jayalalithaa, however, was set to win from Radhakrishnan Nagar in the city.

In a much-awaited victory, the BJP was poised to take power in Assam, with its candidates and allies leading in 85 of the 126 seats.

The stunning performance buried the Congress, which is set to win only 24 seats. The All India United Democratic Front (AIUDF), which had hoped to play the kingmaker if there was a hung verdict, led in 13 constituencies.

A beaming Sarbananda Sonowal, who will be Assam`s chief minister, said that sealing the winding India-Bangladesh border to end infiltration would be his government`s major challenge.

Keeping alive Kerala`s tradition of ousting the government in every election, the Congress-led UDF suffered a stunning rout, which its leader and Chief Minister Oommen Chandy said he had never expected.

"This is a vote against the corrupt and those who failed to protect the dignity of women," said CPI-M leader and former chief minister V.S. Achuthanandan.

An independent was also on the winning track.