Travelling to Nepal, Bhutan? Now, all you need is Aadhaar card 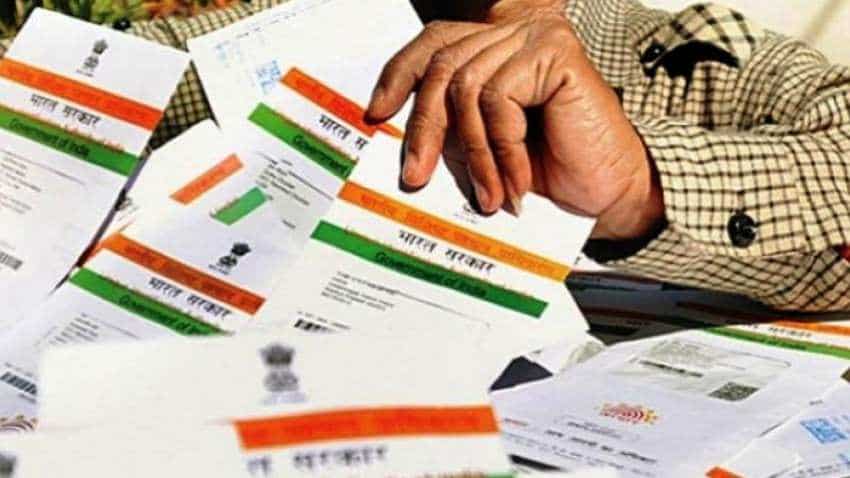 According to a home ministry communique, people falling in these age groups can visit the two countries with just Aadhaar card, Image source: Zee Business

Indian citizens over the age of 65 and under 15 are no longer need to carry too many documents while travelling to neighbouring countries Nepal and Bhutan. According to a home ministry communique, people falling in these age groups can visit the two countries with just Aadhaar card.

These age groups do not need any visa if they have an election ID card, valid passport or a photo identity card issued by the government of India but now among all these important documents Aadhar card has also made its place. In short, now the Indians under the age of 15 and over 65 old people can now use Aadhaar card to visit Nepal, Bhutan.

According to a report by PTI, the Home Ministry official said that "Now, persons in the age group of over 65 years and below 15 years have been allowed to use Aadhaar as a valid travel document."

He further said that the age group between 15 to 18 years will be allowed to travel between India and Nepal on the basis of an identity certificate, which should be issued by the principal of their school in a prescribed form.

When the whole family is travelling, then every person will not have to carry relevant documents (such as a passport or an election ID). If one of the adult members has valid travel papers, it will be acceptable. Family Includes spouse, minor children and parents. But the other family members should have the photo identity card with a CGHS card, ration card, a driving licence or an ID card issued by school/college.

Buddhist kingdom on the Himalayas’ eastern edge Bhutan, which shares borders with the countries states of Sikkim, Assam, Arunachal Pradesh and West Bengal, has about 60,000 Indian nationals who are employed mostly in the hydroelectric power or construction industry.

According to data by the Ministry of External Affairs, about six lakh Indians live in Nepal, which includes businesspersons and traders who have been living in Nepal since long, other professionals like doctors, engineers, IT personnel and labourers etc. These Indian nationals travelling to Bhutan need to carry their Indian passport with validity of six months or voter ID.