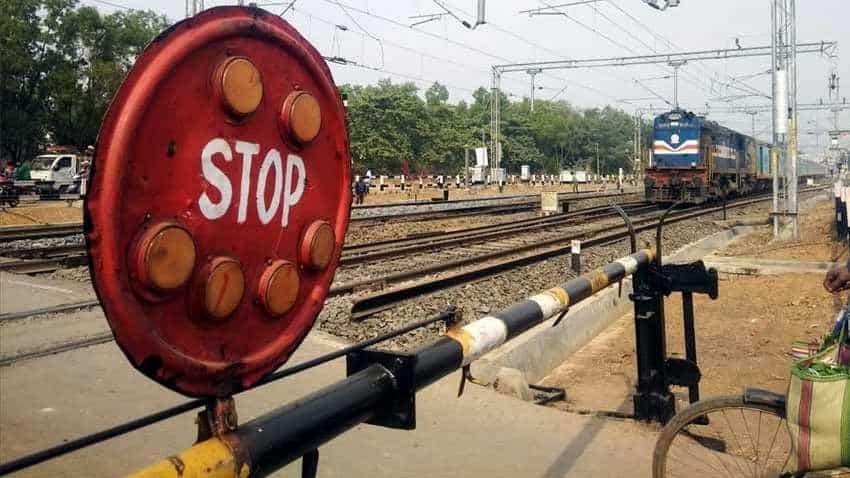 To reduce accidents, Indian Railways has been taking other steps too.
Written By: ZeeBiz WebTeam
RELATED NEWS

According to Indian Railways, it has been working hard to improve its safety record. In the process it has identified some key priority areas, to which it has accorded the highest priority. The mission to achieve is to prevent accidents and ensure passenger safety across all Railways properties. In one such project, the Indian Railways has planned to remove all unmanned level crossings (UMLCs) on Broad Gauge (BG). As on 01.04.2018, there were 5792 unmanned level crossings out of which 3479 were on Broad Gauge, 1135 on Meter Gauge and 1178 on Narrow Gauge.

In a big revelation today, Railways Minister Rajen Gohain said that now only 28 UMLCs remain to be eliminated.

"Elimination of UMLCs has been a top priority for Railways as level crossings are a safety hazard for both rail and road users more so for road users. As on 01.04.2014, there were 8948 UMLCs on BG. It is submitted that all UMLCs on BG have now been eliminated except 28 UMLCs which have also been planned to be eliminated by closure, merger, subway and manning," said Gohain in a written reply to a question in Lok Sabha.

To reduce accidents, the railways has been taking other steps too.

In a statement, Railways spelled out what all it consists of. It said, "These include timely replacement of over-aged assets, adoption of suitable technologies for upgradation and maintenance of track, rolling stock, signaling and interlocking systems, safety drives, greater emphasis on training of officials and safety inspections at regular intervals to monitor and educate staff for observance of safe practices. Preventive and predictive maintenance of the Railway assets is undertaken to ensure safe train operation".