Tourism sector is also one of the biggest creators of employment in India, and till FY 2017-18, as many as 8 crore 11 lakh people were connected to this sector, and the same has increased to about 10 crore. 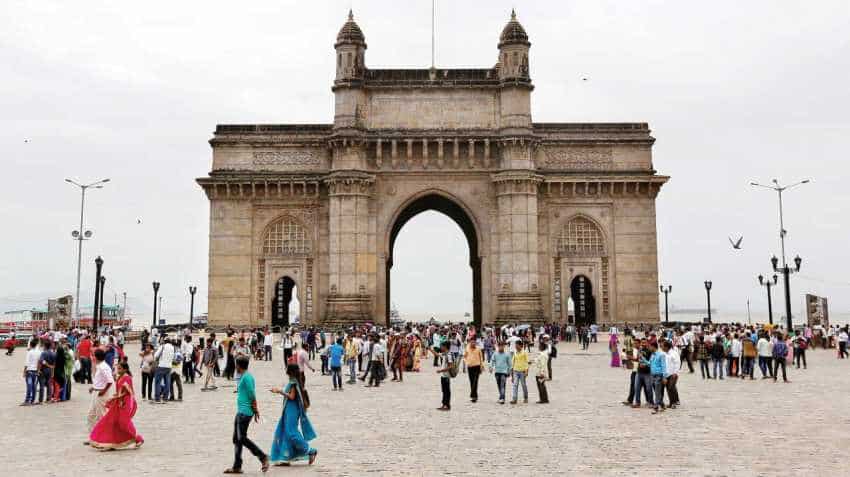 Over 10 lakh foreign tourists visit the country every year, and their number is expected to rise in the coming years. Image source: Reuters
Written By: ZeeBiz WebTeam
Edited By: Prashant Singh
RELATED NEWS

Prime Minister Narendra Modi's Independence Day speech, on August 15, from the ramparts of the Red Fort, encouraging tourism in the country had undoubtedly given a boost to this sector. Interestingly, when noise of recession and slowdown is being heard in sectors like auto, realty, and manufacturing, the tourism industry is booming. Notably, the tourism is the third largest foreign exchange earning sector in the country, according to the Global Business Travel Association, which added that India is the 10th largest travel market in the world, and will stand at sixth place by the end of 2019.

According to the report, the tourism sector is also one of the biggest creators of employment in India, and till FY 2017-18, as many as 8 crore 11 lakh people were connected to this sector, and the same has increased to about 10 crore.

Daniel D'Souza, president and country head, SOTC travel agency, said, "The employment in the sector has also been growing in small towns and cities nowadays. It doesn't only include soft skills, sales and operations. But we also need people who will work as guides at various destinations or people who can talk to tourists."

Over 10 lakh foreign tourists visit the country every year, and their number is expected to rise in the coming years. Looking at the immense possibilities in this sector, the government has targeted to the number of foreign tourists to 2 crore by 2020, as it will also double the nation's foreign earnings.

According to the World Economic Forum Travel and Tourism Competitiveness Report 2019, India is ranked at 34th position, which was 40th in 2017. India is the only lower middle income category country which is privileged to be in the top 35. The tourism sector is seeking to get industry status, suggesting the government to accord it the industry status, and pay attention to aspects like GST, it will grow at a faster pace.

On the government's push to this sector, Mahesh Iyer, CEO, Thomas Cook India, said the government was doing well for the sector, but if it could take some positive steps on issues like GST and air-fuel, the sector could further improve its contribution to the GDP.

Iyer further added that in the coming festival season, tourism sector is expecting a tremendous enthusiasm. Several companies are gearing up to entice the tourists with their new plans despite the looming scenario of recession.

Notably, tourism sector in 2018 was the third largest contributor to bring foreign exchange to India. The state governments along with the Centre are also excited about this sector. The Uttar Pradesh government has allocated a massive fund of Rs 720 crore from its budget in this fiscal to strengthen the tourism infrastructure.