Aamir Khan-Amitabh Bachchan starrer Thugs of Hindostan may have failed to brighten up the Box Office in India this year. But all is not lost for the film. 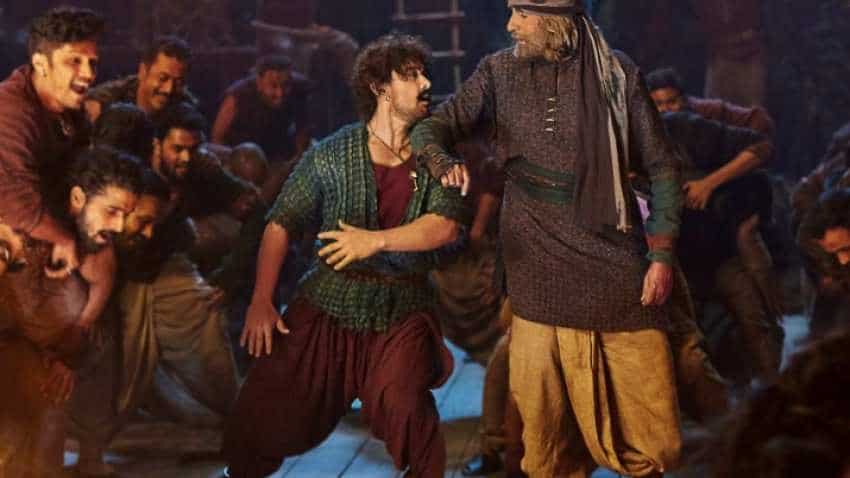 The Chinese version of Thugs of Hindostan will be reportedly 30-40 minutes shorter than the Indian version. Image: Twitter/@taran_adarsh
Written By: ZeeBiz WebTeam
RELATED NEWS

Aamir Khan-Amitabh Bachchan starrer Thugs of Hindostan may have failed to brighten up the Box Office in India this year. But all is not lost for this Aamir Khan film, even as critics and analysts have called the movie - a mammoth disaster. Despite performing well on the first day of release, the flick failed to live up to expectations after releasing to poor reviews. According to trade analyst Taran Adarsh, Thugs of Hindostan has so far earned Rs 133.75 crore (including Hindi, Tamil and Telugu releases).

The makers of Thugs of Hindostan film have now taken to a new trick to boost collections. The Aamir Khan starrer is set to release in China next month. He is a household name in the country with his last few films breaking many records on Chinese screens. Notably, in a bid to bank on Khan's huge fan following in China, the Thugs of Hindostan makers have done a sort of post-release surgery to the film.

According to a report by Bollywood Huungama, the scenes of Amitabh Bachchan and Fatima Sana Shaikh have been cut short in the Chinese version while  scenes of Aamir Khan have been increased dramatically. The report says that some of the deleted scenes of the movie have been included in the film.

A source was quoted as saying, "“Fatima, as the central point of drama, did not really work at the box-office, hence the decision to change that. And with Aamir’s role being enhanced, it will be even easier for the makers to edit the film accordingly."

The Chinese version of Thugs of Hindostan will be reportedly 30-40 minutes shorter than the Indian version.

"Khan has become a unique figure among the many idols - most of them Hollywood celebrities and South Korean pop stars - that most Chinese fans are crazy about," China's state-run daily Global Times had said about Khan in a report last year.

Khan's Dangal had amassed over Rs 1200 crore on Chinese box office. Will his popularity in China change the fate of Thugs of Hindostan? Fingers crossed!