This place in Mumbai can give you your dream house; know the new destination of developers

According to a research report, the average property prices in Kanjurmarg are lower when compared to the nearby established locations of Powai, Mulund and Ghatkopar, and this has been a key determinant for its success and popularity among home buyers. The attractive property rates in Kanjurmarg not only make purchasing a property a real possibility for a larger number of buyers but also indicate the significant scope for appreciation. 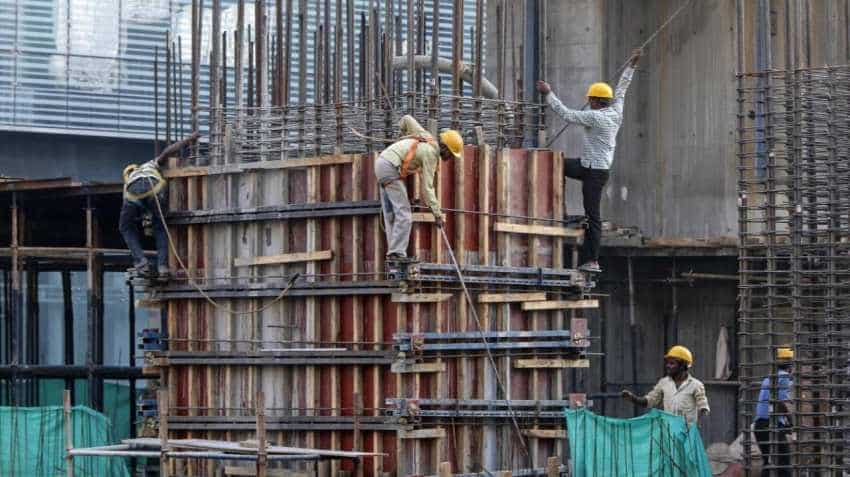 There is one place in Mumbai, which is gaining momentum when it comes to providing housing to many. This place is not only highly preferred now by real estate developers, but is also affordable compared to many premium destinations in Mumbai where buying a house is nightmare that generates both stress and debt.

According to a research report, the average property prices in Kanjurmarg are lower when compared to the nearby established locations of Powai, Mulund and Ghatkopar, and this has been a key determinant for its success and popularity among home buyers. The attractive property rates in Kanjurmarg not only make purchasing a property a real possibility for a larger number of buyers but also indicate the significant scope for appreciation.

When it comes to the price growth Kanjurmarg possesses many gated communities and luxury apartments. It offers excellent connectivity and social infrastructure and these are major reasons for its rapid growth. The price appreciation for residential projects in Kanjurmarg East has witnessed the growth by 4.05% Q-O-Q basis whereas Knajurmarg West marked the growth of 2.74% in ROI. The current price rates fall between approx 12000/- per sqft to 17000/- per sqft the average price being 14000/- per sqft approximately as per the realty portal.

Abundant social infrastructure is another factor that has helped Kanjurmarg evolution as a residential hotspot in the city. Proximity to D-Mart, Huma Mall, R-City Mall and the high streets of Powai provide massive shopping and entertainment options for residents.

Today, it is a vibrant, pulsating suburb that boasts of well-developed infrastructure, remarkable connectivity and residential projects that add a new dimension to luxury living.

The central suburbs grew rapidly as a significant amount of industrial land was converted for residential purposes. Initially, locations such as Ghatkopar, Powai, and Mulund developed as major residential areas in the central suburbs. With the saturation of these regions, Bhandup and Kanjurmarg are now transforming from pure industrial locations to mixed-use destinations featuring commercial and premium residential developments.

The development of the Eastern Express Highway, along with JVLR and the Eastern Freeway, has significantly improved the connectivity to other parts of the city and aided the rapid transformation of the Central suburbs.

Kanjurmarg has excellent connectivity with the business districts of Thane, Powai, and BKC as well as South Mumbai via LBS road, JVLR, Eastern Express highway, SCLR, and the Eastern freeway. Its strategic positioning on the central line provides easy access to both the Harbour and Western lines of the city local rail network.

Corporate campuses such as Eastern Business District, Akruti Corporate Park, L&T, Accenture, Godrej, Supreme Business Park, and Lodha iThink Techno are some of the most notable business complexes providing the impetus to this growing business district.

Subodh Runwal, Director of Runwal Group, said, "With excellent connectivity, access to upmarket lifestyle spots, quality housing such as what we are developing and extremely attractive real estate prices, Kanjurmarg is the poised for an exponential rise similar to Powai. It is an extremely attractive option for luxury home buyers."

Himanshu Kanakia, managing director, Kanakia Spaces said “Over the time, conversion of industrial land in Kanjurmarg has helped in unlocking a treasure trove of land parcels for residential developments.

Further, he said that "Kanjurmarg is a rapidly growing residential hub of gated communities, mainly for corporate youths and business class due to its strategic location, quick access to Mumbai’s business districts and improved infrastructure across the Eastern Express Highway and the Eastern Free Way. With prices cooling down, the buyers’ choices for highly designed, well-amenities houses are increasing in places like Kanjurmarg."

Talking about the latest projects Kanakia said that "We are hoping for a promising response for our signature project Kanakia Zen World.”

Describing the past of Kanjurmarg Chintan Sheth - Director, Ashwin Sheth Group said "Back in the days, Kanjurmarg was home to large industrial units. Kanjurmarg railway station was often used as a transit point by many commuters travelling to business districts like Powai, Chandivali, Seepz, Vikhroli, etc. However, over the past few years, the area has transformed into a top-notch location for residential development. The area has witnessed significant growth due to the presence of some excellent social infrastructure, also it&#39;s proximity to Powai is an added advantage."