The counting of votes began in early hours today, and so far it shows that BJP is falling behind Congress, as the latter has bagged a lead with 96 seats while the former has been leading in just 77 seats. 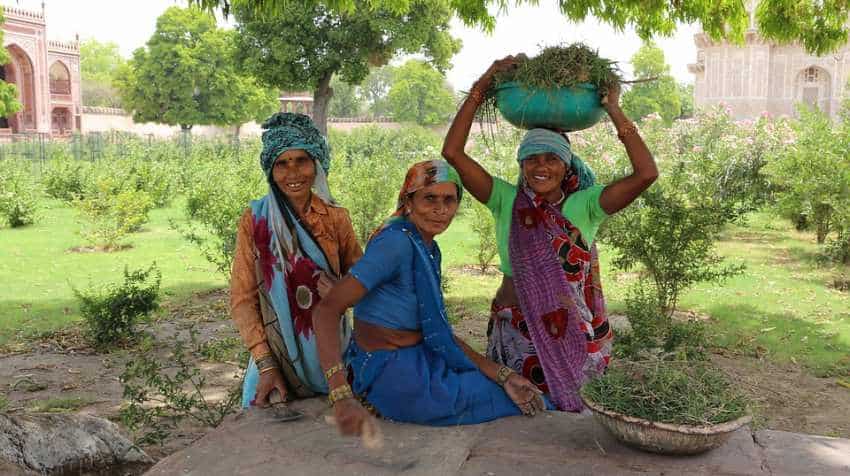 All eyes are watching BJP and Congress performamnce at the hustings. The votes are being counted and the trends have emerged and cemented themselves. The top 2 states of Rajasthan and Chhattisgarh are likely going Congress way and the most crucial state of Madhya Pradesh is likely returning teh BJP government led by CM Shivraj SIngh Chouhan. However, till now, in MP, it has been a giving neck-to-neck race.

Interestingly, as far as the economy and promises made in last manifesto are concerned, it needs to be noted that, the BJP government has managed to fulfill 95% of its promises made to Rajasthan citizens way back in 2013. A total 665 promises were made in 2013, from which 630 have been accomplished. Now, once again, BJP has released its manifesto, giving various promises to Rajasthan if they win elections in 2018. However, the counting of seat shows a big setback for BJP. It is unlikely to form the government on present trends being thrown up by election commission while counting votes.

The counting of votes began in early hours today, and so far it shows that BJP is falling behind Congress, as the latter has bagged a lead with 96 seats while the former has been leading in just 77 seats.

The overall result outcome will be announced soon. And if BJP does make a comeback in Rajasthan, then a host of development will be expected to take place. Let's find out what a BJP win means to Rajasthan citizens.

Firstly, among the top promises were in regards to unemployment allowance to young citizens. The manifesto involves Rs 5,000 per month to all those educated youths above 21 years who are without jobs. However, selection will be made under certain terms and conditions.

Not only this, also some 50 lakh have been promised to be created in next five years in private sector. Additionally, about 30,000 jobs will be given in government sector in Rajasthan.

Going ahead, even a list of promises were in store for farmers. If a BJP win happens in Rajasthan, then the government will give insurance cover to them for any disability, illness or accident. Apart from that, a farm loan waiver commission, Rs 200 crore start-up fund and implementation of minimum support price (MSP) has been promised.

It needs to be noted that, small and medium farmers have already been given loan waiver of up to Rs 50,000, subsidised electricity along with cooperative loans of up to 80,000 crores too.

Even education sector was in the list of promises, as BJP will give meals, regular health checkups and laptops to girl schools. Once the students have completed their education, then a Rs 50,000 grant will be given in their bank accounts.

Like it or not, the BJP manifesto does look quite compelling, however, whether the government will be able to implement these promises going ahead will be keenly watched as first, the party has to win majority and then form government anew. At the moment, the task is looking tough.