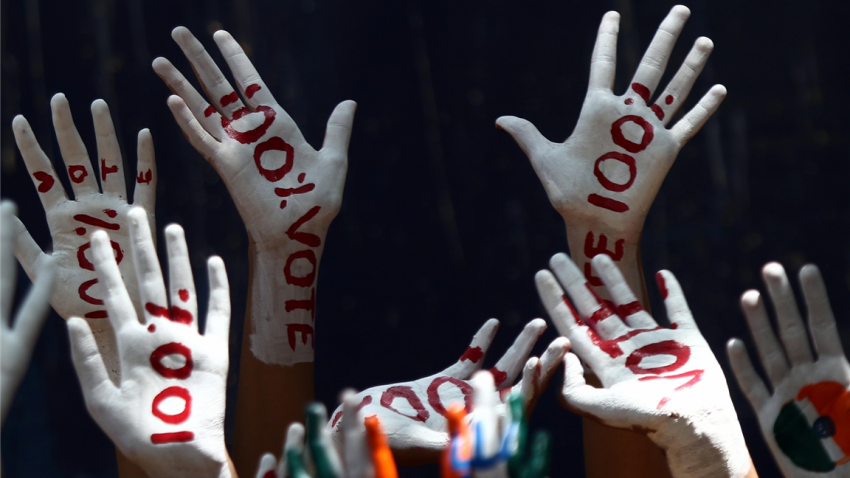 Lok Sabha elections 2019: As people in several parts of the country votes in the third phase of Lok Sabha elections 2019, a Google Doodle today explains what happens at the polling booth. In the previous two phases of polls also, the Google Doodles were dedicated to the elections. Today also, the Google Doodle is marked by a closed fist with the index finger help up. The nail on the index finger has a black mark, indicating that the vote has been cast. When you click on the doodle, it leads to a set of instructions,  explaining the entire process that takes place at the voting booth. The instructions are credited to the Election Commission of India. Take a look:

The instructions say, "You can vote only if your name appears in the Voter List (also known as Electoral Roll). Voters can also find information on Polling Booths, Contesting candidates, Election Dates & Timings, Identity cards and EVM."

- Second polling official will ink your finger, give you a slip and take your signature on a register (Form 17A)

- Record your vote by pressing the ballot button opposite the symbol of the candidate of your choice on the Electronic Voting Machine (EVM); You will hear a beep sound

- Check the slip that appears in the transparent window of the VVPAT machine. The slip with the Candidate serial No., Name and Symbol shall be visible for 7 seconds before it drops in the sealed VVPAT box

- You can press NOTA, None of the Above, if you don't like any candidate; it's the last button on the EVM for more information, you check the official Election Commission guide at http://ecisveep.nic.in/

Voting for the third phase of elections is underway today in several states, including Gujarat and Kerala. The polling is also taking place in Uttar Pradesh, Bihar and West Bengal.