This benefit for farmers to end? 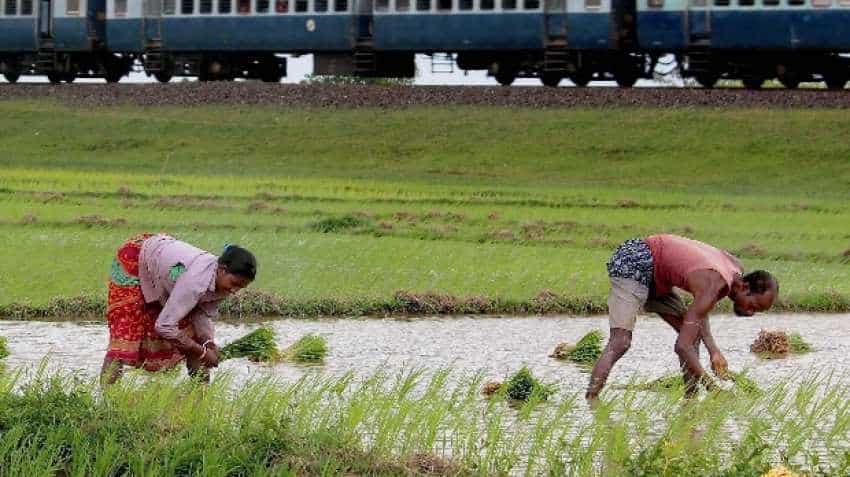 Fertiliser sales volume is expected to continue its growth trajectory in the near to medium-term though the rate will be in line with the long-term trend. Image source: PTI
Written By: PTI
RELATED NEWS

The domestic urea industry is likely to be stable, however the projected performance of the P&K (phosphorous and potash) players may come under pressure in this fiscal following increased raw material prices and weak rupee, a report said.

The P&K manufacturers are entirely dependent on imports to meet their raw material needs and the recent currency depreciation and increase in phosphoric acid prices have resulted in a rise in input costs, which they have passed on to the farmers, rating agency Icra said.

"However, owing to weaker monsoon in certain pockets several players have had to pass on higher discounts to the dealers. Also, a lag in passing on the price rise has resulted in a negative impact on the profitability. P&K manufacturers who are operating in regions where monsoon has been adequate are expected to face a lower impact on their profitability," it added.

Meanwhile, urea demand is expected to grow at 2-3 per cent in-line with the long-term growth rate.

However, the industry continued to suffer infrequent revisions in the policy parameters particularly the fixed costs for urea units, freight subsidy rates among others, which result in under-recoveries for fertiliser players.

Timely intervention on the revised fixed cost issue will, therefore, remain a key monitorable in the near-term as the actual cash pay-out to urea players (Rs 4,500 crore as on March 31, 2018) is pending since

April 2014. This would result in significant improvement in the financial profile of several of them, the report noted.

The interest paid on working capital borrowings for meeting cash flow mismatch is driven by delay in the subsidy receipts from the government and will negatively impact the profitability of the urea players in the near-term.

According to Icra, international natural gas prices have witnessed significant increase driven by strong demand from China over the last 1-1.5 years.

With increasing share of R-LNG being consumed by the fertiliser sector the cost of production has been increasing resulting in higher subsidy from the government.

Fertiliser sales volume is expected to continue its growth trajectory in the near to medium-term though the rate will be in line with the long-term trend.

Icra said, fertiliser sales have witnessed healthy growth so far in FY19 with overall volume growth of 6 per cent.

Urea sales have grown three per cent year-on-year, and India is adding nearly 7.5 million tonnes of capacity over the next four years, which will lower reliance on imports.

Setting up of the new urea plants is in line with the government's intent to be self-sufficient in urea production.

Once the new plants are commissioned, the government might restrict its offtake beyond a certain level from high cost urea plants.