There is a need of separate bank to fund infrastructure sector; RBI should support the idea: Deven Choksey

Deven Choksey, MD, KR Choksey Investment Managers, in an exclusive interview with Anil Singhvi of Zee Business, talks about the rift between the RBI and the government as well as the benefits of GST and demonetisation. 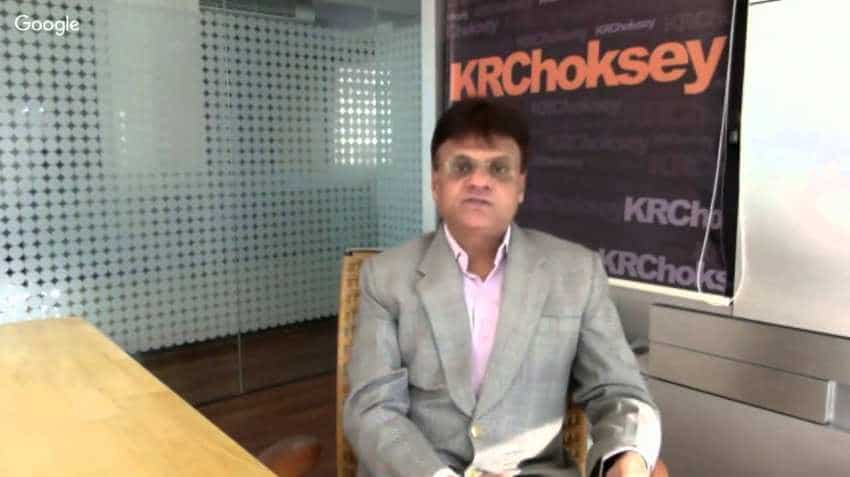 I feel that on the name of independence to RBI people have started believing that they can go ahead by separating themselves from the government, said Choksey. Image source: Youtube
Written By: ZeeBiz WebTeam
RELATED NEWS

Deven Choksey, MD, KR Choksey Investment Managers, in an exclusive interview with Anil Singhvi, Managing Editor, Zee Business, talks about the rift between the RBI and the government as well as the benefits of GST and demonetisation. Edited Excerpts:

Q: A new trend of criticising the government has started in recent past mainly by people at Reserve Bank of India (RBI) like incumbent to former governor to deputy governor. Raghuram Rajan is the latest addition in the race. What is your take on it?
A: I feel that on the name of independence to RBI people have started believing that they can go ahead by separating themselves from the government. As a regulator, RBI should come up with ample provisions to support government’s projects of $1.5 trillion that will be completed in a period of five years. On one hand, you are operating as a universal banking format where a bank is involved in wholesale lending as well as retail lending. It has a special focus on retail lending from corporate banks because they don’t have a balance sheet to go for a wholesale lending or there is a risk in the segment. In addition, the government’s interest rate that is termed as government security allows you to raise funds at a rate of 7.5-8per cent.

Any infrastructural project that raises funds at a rate of 7.5-8 per cent will harm the nation and failure of IL&FS after two decades of existence is the best example for it. I think more such companies can come in light down the lane in the next 10 years as they have raised funds at such costs.

You will have to create a separate bank for the infrastructural sector which is a necessity of the hour and it is a duty of a regulator to support it. Government is just asking for resources for creating such a bank, which the central bank is not in agreement or they want to have their independent view on the subject. This is an area for the disconnect. I don’t feel that agreeing or hearing to the government’s suggestion pulls away from the independence of the institution. And I feel that this part is missing between the rift between the RBI and the government where RBI and the ex-governor are trying to think and that RBI should be as independent as they want to be without thinking about the interest of the country, which is not fair at all.

Q: Independence is a different thing and I think there is a slight difference between hearing the words and abiding by the words. Do you think that hearing a suggestion will end your independence?
A: Yes, there is a difference between the two and I feel that the government of India is the largest shareholder of RBI. Thus, RBI should hear its suggestions, whether they are right or wrong as it is a separate issue. First, I think that you should listen to them and their requirements and the requirement is related to money that the government needs for growth of the nation. On one hand, the government goes to other countries asking for loans from their sovereign funds to run the country and on the other hand, we are securing the funds that are lying here and can be used for infrastructural investments by creating a separate vehicle, which is not being done.

The government will demand a certain amount of money from whichever way they ask for. I think that they are not wrong in that aspect. The country always comes first and there is a need of funds for carrying forward with the infrastructural projects and who will allow such funds if the regulator is not agreeing to it. The second thing is that the process of going public on every issue is not a good exercise and I feel the three, the governor, ex-governor and the deputy governor should come to a platform and have a discussion with government officials on the subject. And then let people of India know what exactly response is coming from both sides. Giving lectures to students at a university will not solve the problem. I feel the two views should be kept in front and take a decision on it.

Q: RBI has been asked to have a control over inflation. Does the direction mean that RBI has is not responsible for growth, rupee and liquidity church that was created due to IL&FS?
A: Inflation and fiscal deficit are under control at present. In fact, the funds that were brought by the government in these four years of its governance is an admirable proposition as I never had an experience under which funds were brought in a systematic way under the kitty of the central bank, I think that part should have been taken care of. Another part of inflationary pressure in the economy is related to the interest rate itself. I think such high-interest rates can’t help a country in reducing the inflation. On contrary, I think as you raise the interest rates you will be creating a problem of non-performing assets in the country as you will not be able to service the borrowings with such high rates. I think that part should be realised.

Besides, foreign countries are ready to lend funds at a rate of 2-3 per cent for infrastructure projects that will last for next 25-50 years and on our side, we offer such funds at a higher rate of 7% and more. I don’t think that the bulk credit or bulk deposit and the retail deposit should be equated at the same level. In my viewpoint, the bulk deposit should be at a reduced level.

The other problem associated with banks is that every bank is focusing on CASA ratio, i.e. you are collecting money in form of current account deposits and lending money for a longer period, which is going to be a problem. Creation of such mismatch in which short duration funds are kept for a longer duration than you will have to face the situation that is troubling the banking sector not only the PSBs. I feel RBI should focus on such issues.

Q: Do you agree with former governor Raghuram Rajan’s view that Indian economy has suffered due to demonetisation and implementation of GST?
A: I feel a student of economics who is pursuing his graduation can say that GST has been successful. The collection of Rs1 lakh crore every in a month.

I feel manufacturing to service sector can confirm at an operating level that there working environment has improved significantly due to GST. They faced operational challenges in the first 2-3 months of implementation of the tax regime, but it is to smooth by now. Thus, GST is a boon for the country and I am extremely surprised to see that the ex-governor has said that GST has reduced the growth in the country.  There is a GDP growth of 8.2% vs 6.3% growth that was available prior to GST.

The growth of 8.2% in just one and a half years of implementation is saying it loudly that there is no reduction in growth. I think it is a politically motivated statement as figures are confirming that there is a growth in the system. In humble words, I put across that this fact should be put in front of the viewers before making any such statements that GST is not working well.

Demonetisation has increased the direct tax collection has gone up due to demonetisation and the number of direct tax players has increased by three-fourths. And I think that the amount of money that is coming and operated through a regular channel is more than the one that comes through the black-market channel.

I do believe that there is a parallel economy is operational in India till date, but the contribution of direct taxpayers has increased by 19 % due to demonetisation. To be true, I haven’t seen such a growth in tax collection in the last 20-25 years, since when I am involved in studying the Indian economy.