April-May-June quarter has ended. In this quarter, we had zero sales, particularly in April as the whole country was under lockdown. The lockdown was relaxed a bit in May in which few markets were opened while others remained closed. 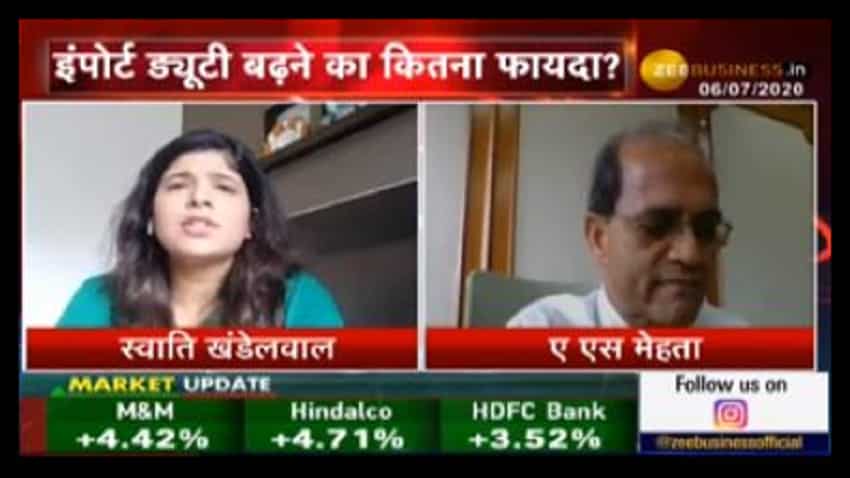 Q: What is your outlook for the ongoing quarter for the financial year 2020-21 amid work from home and online classes? Also, tell us about the kind of recovery that is expected shortly?

A: April-May-June quarter has ended. In this quarter, we had zero sales, particularly in April as the whole country was under lockdown. The lockdown was relaxed a bit in May in which few markets were opened while others remained closed. Thus, 30-40% demand was seen in the month, which reached between 60%-70% in June. So, I can say that this quarter (Q1FY21) has been very bad. As far as the July-August-September quarter is concerned then the market starts picking up from August in the printing sector. But, if the schools and colleges remain closed in July and August then the cycle will shift. However, the office demand may go well in the quarter if little work starts at the offices. But an impact will be felt in commercial printing and school and college printing in this quarter as well.

Q: If the situation is extrapolated to understand the situation, where several things are being digitalized in which fewer people will prefer to use and communicate through papers. Undoubtedly it will be consumed to a certain level. But if its consumption goes down over a while then what are your plans to expand your business?

A: As far as paper demand in long-term and medium-term is concerned then I do not think that the current change is going to make any sustainable change or lead to a paradigm shift for the paper industry. We also have an eye on things, whether it is about the education sector or work in offices or any other sector, and study things. We have found that usage of paper is going to be a must in the education sector. The impact of these online classes, which is going on out of compulsion at present, is not good on the children, this is our understanding. We have also had a discussion on the matter with several teachers and parents and they also think that this online education is not good for children as it is impacting their concentration, memorization, and efficiency. For that, it is essential that the children read through books and write on notebooks and complete their homework as it improves their education capability along with the grasping power. Hence, I don’t think that it will have a long-term impact. Online is a temporary arrangement for children as they are not able to go to school, otherwise, books and notebooks will be used for education. Secondly, as far as our country is concerned than how many people are there who can conduct such online education at their homes over mobiles? It is going to have an impact on the eyesight of children and we don’t have an understating about how it will impact the physical health of the children. Besides, a school going child learns a lot from his peers in the class and also from discussions. So, there should be a classroom. As far as offices are concerned, then we also see a lot of discussions at the offices that happens online and we have seen that a limitation is felt there. In the absence of paper, it gets hard to observe many things, decide, concentration and focus. So, the paper is essential for this purpose and this is why I don’t think that it is going to have any serious impact on it after the situation normalizes.

Q: Tell us about the kind of impact that import duty has had on domestic paper manufacturers and what are your expectations further?

A: There are two things that we have been saying to the government since the beginning that we have created adequate capacity in the paper industry in India. So, there is a need to protect domestic manufacturing because the foreign manufacturers have some enablers that benefit them, for instance, Indonesia, where they get wood from their forests. So, their raw material cost will be low because the government has handed over the forest to them, which means they will get wood at cheaper rates in the country. Thus, their manufacturing cost will be $80-100 less, which means they will always have this sustainable advantage. However, in our case, the government hasn’t allowed any forest to any paper company. That’s why we have to buy the raw material from the farmers, who do plantation of the wood at a competitive rate and supply it to us, also look towards his ultimate revenue model. Thus, the difference between the price at which wood is available in India is compared with the cost at which they get in Indonesia, who gets wood from the forest is more and this increase our cost. Now, they have to export the material somewhere that’s why they export it at marginal cost. They sell it at higher prices in their own countries and concentrate on dumping it in other countries. So, it should be seen at the country level. I am just not talking about the industry but am talking as a nation. If we will not try to protect our industry then what will happen to the five lakh workers who are directly working in the industry and 15-20 lakh farmers who are associated with the industry.

Q: Then, what the government should do to deal with the situation?

A: We have asked the government to restrict the dumping of the products whose capacity is available here in India. And, the response from the government these days has been a little positive these days. They have asked us to build and bring a good case and then they will do something on it. Now, we hope and taking up with it that how quickly it will put certain restrictions on some varieties - we are not seeking a blanket ban on it - so that the domestic industry doesn’t suffer due to it. Still, there are some companies, whose certain units are closed till date because they cannot supply at this cost amid dumping as they can’t afford that cost.